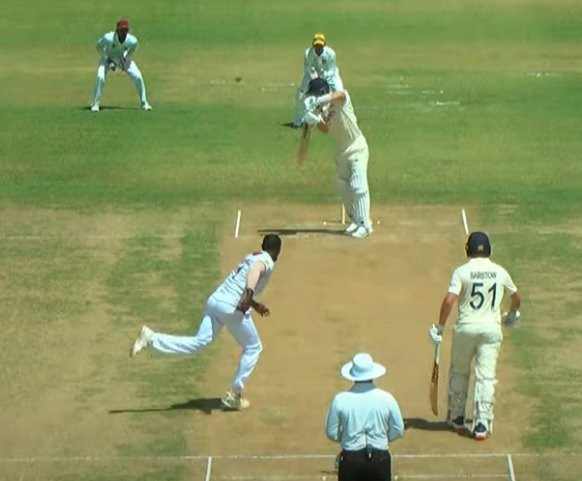 (Sports Page) – The touring England team, continued its dominance of the warm-up match versus the West Indies President’s X1, on Wednesday 2nd March, at the Coolidge Cricket grounds.

Wickets were hard to come by and the Windies bowlers were made to sweat, prior to a declaration by the tourists.

However, there was one prize scalp for Nevisian speedster, Colin Kezron Archibald, as he had Dan Lawrence caught by Athanaze, for 83. He picked up 1 for 67 from his 18 overs.

Johnny Bairstow batted superbly to score a century. He was not out at the end.

At the close of play, the home team was in uncertain waters on 48 for 2. Solozano run out for 17 and Mosley, caught for 20.

Devon Thomas was 1 not out and Keacy Carty 8 not out.

There is consolation however, in the fact that Leewards’ teammates, Devon Thomas and Keacy Carty, are at the crease, both knowing that there is a chance for them to put their names squarely in the selectors’ register