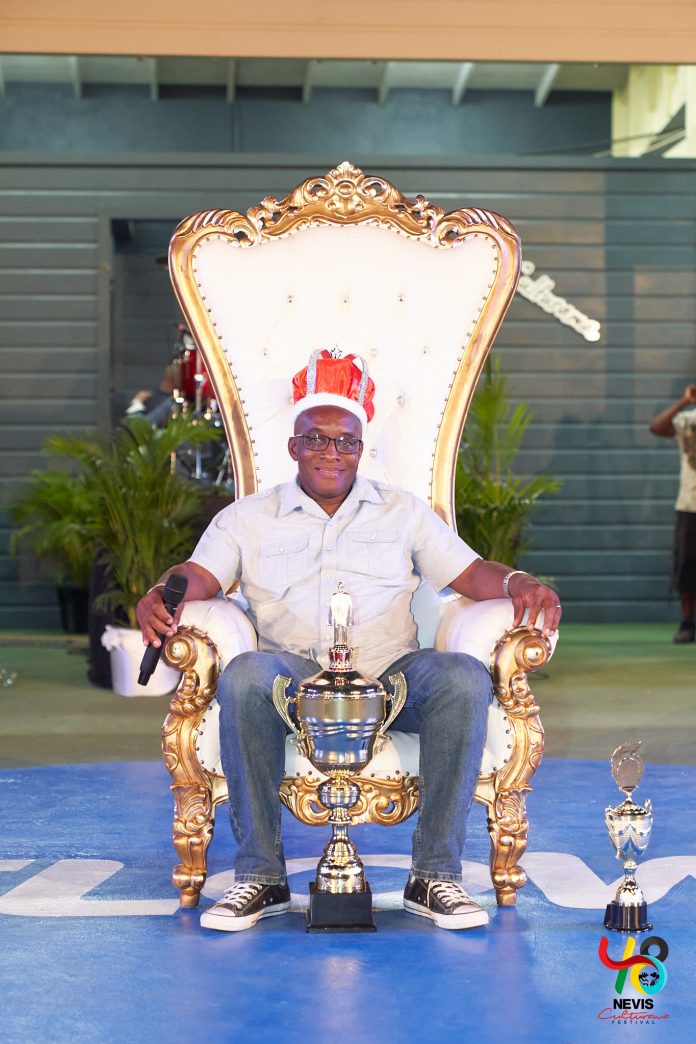 King Astro claimed the crown after the TDC sponsored the Senior Kaiso Contest at the Nevis Cultural Complex in Charlestown.

Making his appearance on stage at number 4, the new Senior Kaiso Monarch, King Astro received a total of 826 points; singing the song “De Spell” in round one and “Movie” in round two.

The five other contenders were Bernette “Nutsy” Thompson singing “You Promise” and “De Culture Virus”, Ted “Sabu” Brandy with “This Place” and “Loud and Clear” and Andrew “Murray” Hendrickson with the pieces “Sing a Good Calypso” and “Culturama Summer Lime”. The youngest contender, Shomari “Sookie” Mitchell performed at number seven with the songs “Your Wish is My Command” and “Sir Vance.” Meanwhile, Nayala “Queen Ny” Daniel, the lone female contender who was initially on the lineup to perform, was involved in a traffic accident and sustained injuries. She was replaced by Seth “De Undertaker” Williams, singing “Nation’s Prayer” and “Welcome to Culturama”.

On Friday morning (July 29), WINN FM spoke to the Executive Director of the Culturama Secretariat, Mr. Antonio “Abonaty” Liburd, who said King Astro is the reigning National Carnival Kaiso Monarch and now the reigning Culturama Kaiso Monarch. Liburd confirmed that this is the second time that King Astro has held both titles; the first in 2015, being the only calypsonian to achieve such a feat. He has also congratulated King Astro on his stellar performance at the Culturama 48 Calypso Finals and lauded him for his consistent contribution to Culturama.