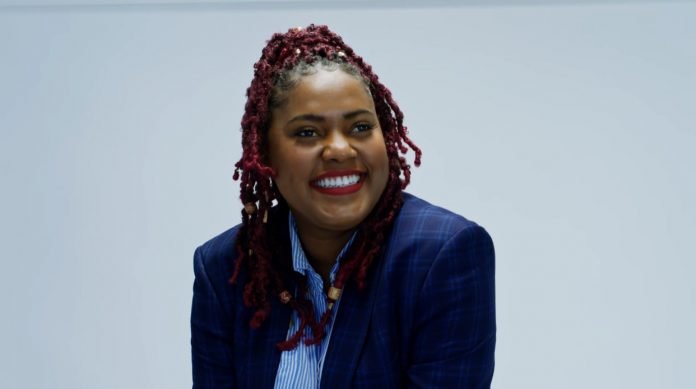 St Kitts and Nevis (WINN): Daughter of the soil, Zaiesha Joseph, joined Azem Bailey on Island Tea on Tuesday morning September 13 where she shared her successes as a professional actress and also her intentions for the film industry.

Joseph said she has been working on a few film projects, one of which has made it to Amazon Prime.

“The last time we spoke, I had a few short films out. They won awards at film festivals, but now I can proudly say that my featured film is now on Amazon Prime. It’s available on Amazon Prime. I also recently filmed a web series; an episode series. So I am working on getting that one out there as well. You guys are gonna be able to watch that one soon as well.”

The featured film is a comedic drama titled “One Cent Can’t Change” which includes an African American as well as Joseph as an African Caribbean actress. According to Joseph, she tried merging the cultures together at the end of the film showing that “we are one people”, despite having different beliefs.

“The reception around it has been very good. I’ve been getting good feedback. We have five star reviews on Amazon. So I think you guys should check it out. You could rent it or buy it but, if you buy it- it is better for me; I could make more films,” said Joseph

Host Azem Bailey suggested that the people of St.Kitts and Nevis support the local creatives and allow them the opportunity to produce more content.

Bailey also asked Joseph about the importance of incorporating into her films the cultural or local experiences of growing up in St.Kitts. She mentioned that once her “foot is in the door,” her intention is to tell stories about the Caribbean and specifically St.Kitts and Nevis.

“At this stage in my career, there are certain things I have to do to get my foot in the door. So, there are certain stories that I would have to tell so that I could get there; but eventually, I do intend to tell stories about my experience, not just my experience but the Caribbean experience, the St.Kitts and Nevis experience. I feel like we have so many unique stories to tell. There are so many people with so many stories that people would never believe and I feel like the world needs to know our stories because we are unique, we have something to give, we have something to offer and that is my plan as a filmmaker.”

Joseph recently graduated with honours, receiving a Bachelor’s Degree of Fine Arts in Acting Film. Maths, Science, editing, acting for the camera on stage and film combat formed part of her studies.