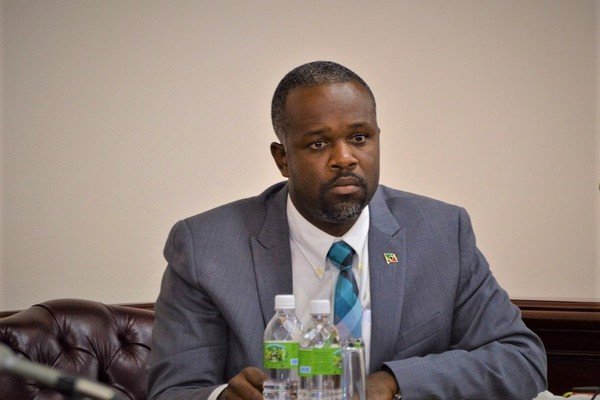 St Kitts and Nevis (WINN): Deputy Leader of the St Kitts- Nevis Labour Party and Candidate for Constituency Number 3, Mr. Konris Maynard says the Federation of St Kitts and Nevis is not in a good place politically and there are some basic things that need to be implemented. He made this disclosure during a conversation with Jade Johnson and Azem Bailey on WINN Media’s Island Tea on Wednesday, May 25.

“We’re not in a good place politically as a nation. Where we are these are unprecedented times. I cannot recall in our history or in the immediate history of any of our neighbours that we have a situation where we have a Prime Minister who fired more than half of his Cabinet in response to bringing a Motion of No Confidence against him.

Maynard added that “We’re also in unprecedented time because what that means is that anyone who might have been there to pay attention to what is happening in our Government, they are not there. So you have effectively created between the Dissolution of Parliament and the next election, you effectively have a dictatorship, cause there is nobody who is going to be able to check what the Prime Minister is doing. Nobody; so we must not take that lightly.”

He further stated, “Perhaps after the upcoming elections, as we go into things like constitutional reform, we need to evaluate what can happen if someone is put in a particular corner that the Prime Minister is put in [and] if there are safeguards to ensure that there is not a window of darkness that anything and everything can be done.”

Konris suggests that anytime throughout an Administration, there must always be some level of accountability; referring to the Integrity in Public Life Legislation established about 10 years ago, as a start in that regard.

“The Integrity in Public Life legislation, that is a start; and that allows for instance to have a Commission that can investigate and ensure that public officials are abiding to the letter of law and having the highest moral standards. This outgoing Government went in on that platform that, we are going to make these things a reality. We are now seven years out from that and there has not been activated in response to that. So there are still no effective checks on what our elected officials and public officials are doing.”

Maynard shared his personal view that individuals must not only talk to get into office; and that the electorate be firm with the politicians who gave strong commitments to the Integrity in Public Life legislation.