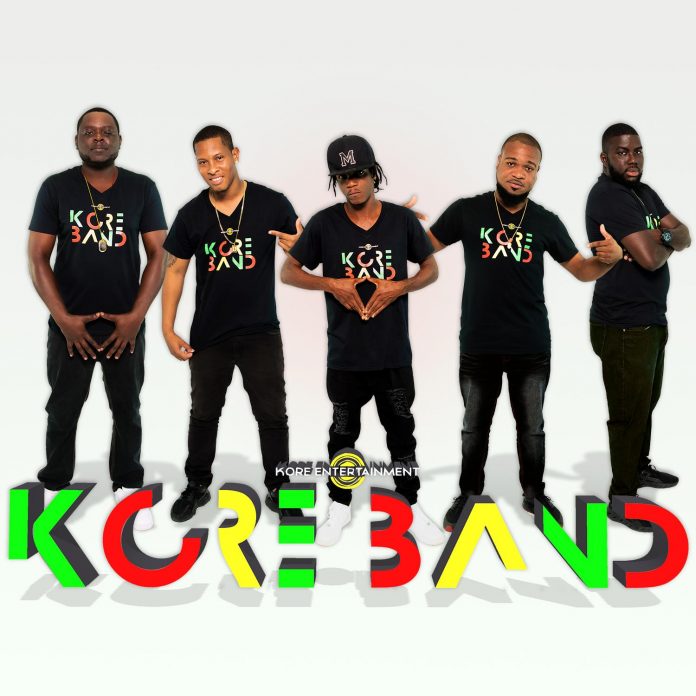 (PRESS RELEASE. February 18th 2022) There’s a saying…with a new year, comes new beginnings. That is certainly the case for the KORE team as it welcomes Darron Thomas, also known as Miller, and Alec Williams to its family.
Miller, who hails from St. Kitts, will assume the position of Keyboardist/Rhythm Programmer. That position was previously held by Leroy Chapman who was recently awarded an athletic scholarship to pursue studies at Monroe College in New York.
As a musician for several years, Miller is well known in the St. Kitts-Nevis entertainment industry. His most recent stint was with the popular Nu Vybes Band.
“Before anyone hears our lyrics, he or she must feel the sweet rhythm,” said one band member as he commented on Miller’s addition to the team.
And now, on to Alec Williams…
Williams is no stranger to the music landscape on Nevis as he has performed as a Bass Player at several events.
A Nevisian by birth, Williams understands and appreciates the great potential of Nevisian music and wants to do his part to take it to a higher level.
Williams will now be part of the hit-making, talent saturated team – the KORE team.
The KORE team is pleased to welcome Miller and Williams and looks forward to their contribution.
You can see and hear the Re-Energized Kore Team at the following events in March:
Friday, March 4th – Big Six Flavours – Nevis
Saturday, March 5th – Undisclosed Private Party – Nevis
Saturday, March 12th – Aqua Lounge – St. Kitts
Friday, March 25th – Agriculture Open Day – Nevis
Saturday, March 26th – Green Valley Pub – St. Kitts
Stay connected with the KORE team by becoming a social media follower.
#KoreTeam #KoreBand #SKNMusic #LocalMusic #Soca #Culturama48 #C48 #SugarMas #TheBiggestPartyOnTheRoad #YowMiller #MillertantMusic
WhatsApp
Facebook
Twitter
Linkedin
Email
Print
Previous articlePAM Leader refuses to comment on DPP’s redirection of Lindsay Grant matter
Next articleDr. Terrence Drew calls for justice in the Police-Grant matter; says the people have a right to demonstrate