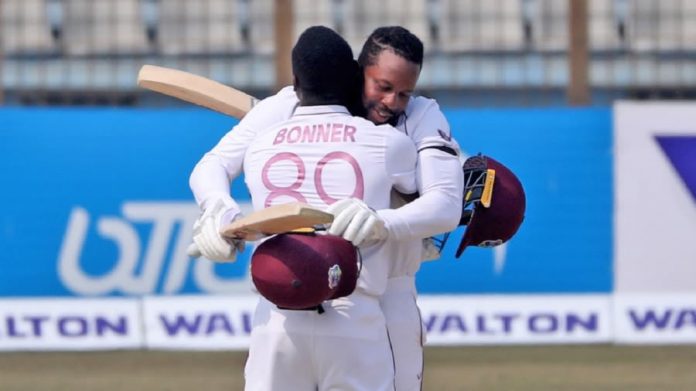 (ESPNcricinfo) – Kyle Mayers and Nkrumah Bonner, who helped West Indies secure the fifth-highest successful chase in Test history in Chattogram in February earlier this year and then were also impressive during the home Test series against Sri Lanka, have been rewarded with their maiden red-ball central contracts, for 2021-22. Wicketkeeper-batter Joshua Da Silva, who had narrowly missed a hundred in the Dhaka Test, also got his first red-ball deal.

Left-arm spinner Akeal Hosein won a white-ball contract for the first time. Hosein, who picked up three wickets on his ODI debut in Bangladesh, was impressive against Sri Lanka as well.

Roston Chase, who had an all-format contract last year, was dropped altogether from the list this time. That means former captain Jason Holder is the only one with an all-format deal.

Shimron Hetmyer, Sheldon Cottrell, Oshane Thomas and Keemo Paul were among those who failed to keep their white-ball contracts.