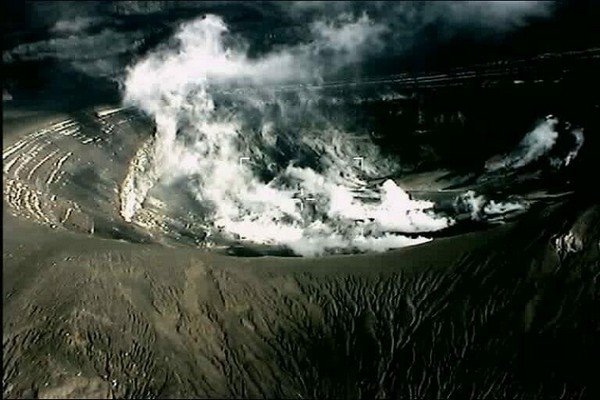 (784 News) The eruption phase of St Vincent’s La Soufriere volcano is over, and monitoring of the summit will return to what it was before the eruption period started.

Lead scientist monitoring the volcano professor Richard Robertson on Friday said the erupting phase has ended, and the UWI Seismic Research Centre will no longer have a team coming to St Vincent to monitor the activities.

“The activity which involves the outflow of magma has ended, and it’s now a period of monitoring. From here on in, we will not have a psychical team on the island, but the monitoring network is more robust”.

“There is a monitoring team attached to NEMO, and I believe going forward there is an intention to employ additional persons whereby you can respond rapidly”.

“Seismic is going to be in the background; we are going to be looking at the signals and provide support”.

Professor Robertson said that though the volcanic eruptions have ended, several seismic activities such as steaming, periodical earthquakes and hotspots are still likely to be observed.

“There are residual activities that we expect will continue for a while as the configuration of the summit has changed. The mountain went through a traumatic experience and will take some time to reshape itself”.

La Soufrière, a stratovolcano on the Caribbean island of Saint Vincent in Saint Vincent and the Grenadines, began an effusive eruption on 27 December 2020.

On 9 April 2021, there was an explosive eruption, and the volcano “continued to erupt explosively” over the following days, with pyroclastic flows.

The activity pattern of the ongoing eruption is comparable to that of the event that occurred in 1902, which had a Volcanic Explosivity Index (VEI) of 4.

Evacuation of the inhabitants of the island began when the explosive eruptions started.

Many countries, including islands in the region, and organisations provided relief and support.

Services such as electricity and water were severely affected. Emitted ash and sulfur dioxide gas affected the population.