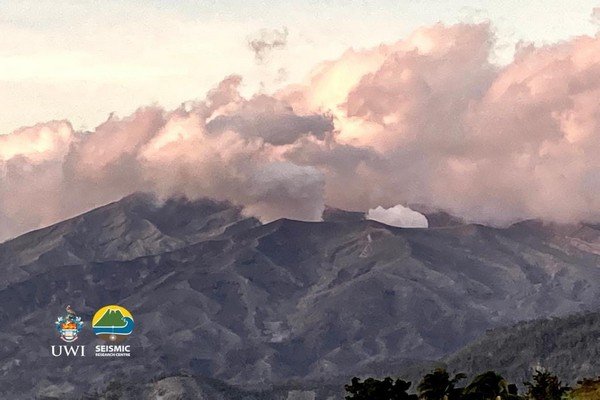 St. Kitts and Nevis (WINN): Scientists are trying to ascertain whether a new dome is growing at the top of La Soufrière Volcano.

In an update on NBC Radio St Vincent and the Grenadines, Geologist, Dr. Richard Robertson of the University of the West Indies Seismic Research Center (UWI-SRC), explained that because of the volcanic activity and low visibility at the summit of La Soufrière, they currently do not know for certain if a new dome has formed.

Initially, there was a monitoring station at the summit of the crater that was set up to observe the effusive eruption of the volcano. However, that station was destroyed after the volcano started experiencing explosives eruptions.

Dr. Roberstson and seismologist Roderick Stewart, a member of the monitoring team when asked, said that some 32 distinct explosive eruptions have been recorded.

“There have been 32 distinct explosions, maybe 31, maybe 33. At one point they were so close together it was difficult to tell… The first two days [had] about 20 [explosions].”

Now, Dr. Robertson is saying that things are relatively quiet since the last explosive eruption on April 22, but suggested that something may be happening that the UWI-SRC has not been able to observe.