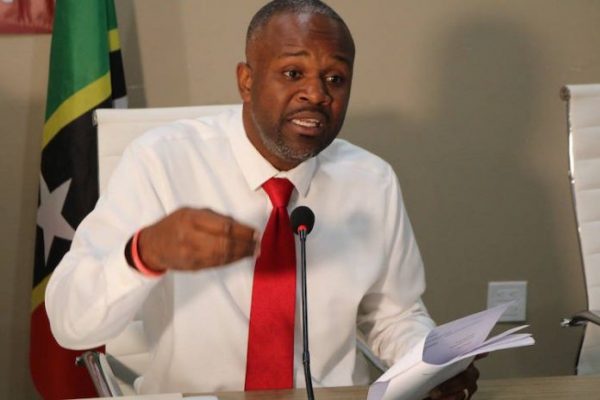 Harris announced that 9,000 workers on the payroll of St Kitts and Nevis will receive an increase in wages, salaries and pension by 10 percent. The payment increase is retroactive to January of this year. The Prime Minister also shared that the income and disability support programs have been extended for an additional three months. This is designed to benefit persons impacted by the ongoing COVID-19 pandemic and those whose income have been significantly reduced.

In response to the Prime Minister’s Labour Day address, former Parliamentarian and Labour Candidate for Constituency Number 3, Mr. Konris Maynard expressed scepticism about the plans and actions announced by the country’s leader.

Maynard questioned who helped to make those decisions that were outlined in the Prime Minister’s message, as the country battles from a political fallout within the ranks of the cabinet. In his opinion the increase in pay by Dr. Timothy Harris is “too little too late.”

Maynard added “Too little too late he has come to offer and to backdate it, to make it retroactive. That is the height of political gimmickry.”

Maynard expressed that the People of St Kitts and Nevis are wise and suggested that the St. Kitts Nevis Labour Party be re-elected to office to fight for the best interest of the people.

“The people of St Kitts and Nevis are much wiser and smarter and more educated than that. They gave them a chance. They said, “we gave you a chance,” and they are now saying, “you have failed and it is time for the St Kitts-Nevis Labour Party to take back over the reins of taking care of the business of the workers in St Kitts and Nevis.”

Maynard also addressed the issues of the rise in fuel cost, the cost of food and food shortages in the Federation, which comes at the backdrop of the COVID-19 Pandemic and the Russia-Ukraine war. Maynard is convinced that the instability within the Government of St Kitts and Nevis is negatively impacting social life.

“This Government was never ever made to be run by one person; and from the time you have in-fighting then you cannot focus on the pertinent issues of the country. So instead of, for instance, trying to focus on how to deal with these rising prices, how to use the Government’s purse to provide a cushion for the people, you’re concerned with revving up to campaign against each other.”

He further stated, “They are completely distracted. They don’t know what will happen. For instance, there is no investor who is going to come to St Kitts at this time. There is too much uncertainty. They don’t know what will happen. There is nothing that is going to happen. Everything will be on pause and as a result, the economy will slow down; people will then have to increase prices further outside of the external factors that are causing that already.”

Maynard suggested that the Government of St Kitts and Nevis follow the lead of Governments elsewhere to take proactive positions to soften the situation in the Federation as it relates to inflation.