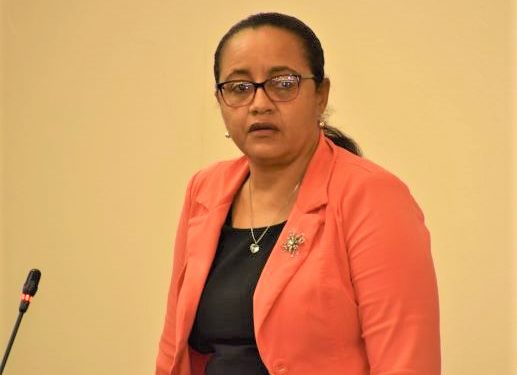 St. Kitts and Nevis (WINN): Minister of Labour the Hon. Wendy Phipps is responding to claims that people were terminated from their jobs for refusing the COVID-19 vaccine and not getting their Severance pay.

“Based on our records at the Ministry of Labour, we have no such case where an individual has been terminated on the basis of not taking the vaccine and has not been paid severance,” Minister Phipps said.

Allegations widely circulated claim that staff were terminated for refusing the COVID-19 vaccine. Minister Phipps disclosed that the Ministry of Labour is only aware of one such company that terminated workers.

“The only company our records indicate where letters clearly stated that the terminations were COVID related was the Ram’s Group of Companies – Ram’s Trading Limited and in those cases, in particular, the workers at the Port Zante location, it was not a choice that they had, because, in order to be opened for business, you had to be travel certified, the staff, because it was considered a high-risk area…In an issue like that, those individuals had been fully paid their severance.”