Large recycle bins to be placed in communities around St Kitts 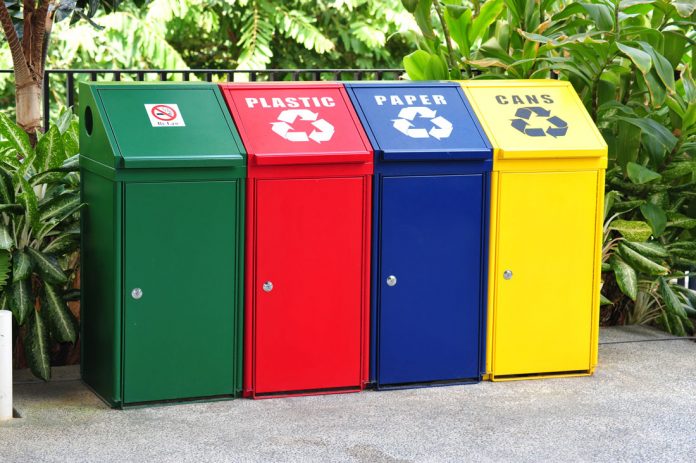 Basseterre, St. Kitts (SKNIS): Large recycle bins will soon be placed in three communities around St. Kitts in an initial phase, as the momentum to reduce, reuse and recycle waste picks up.

Namayombo Mgonela, marketing and communications official at the Solid Waste Management Corporation (SWMC) said that the agency was initially focused on ensuring that each household was assigned a bin.

“We move now into waste separation, and of course, we will have to find a way in order to be able to facilitate that,” Ms. Mgonela said on the June 08 edition of Working for You. “Unfortunately, we are not able to put the bins in every community, however, there will be bins in Buckley’s, Conaree and in Dieppe Bay, and individuals then can go and put their recyclables there and leave their co-mingled waste at home for solid waste to go and collect on a weekly basis.”

Joyce Chang, Project Coordinator at SWMC, said that several test sites will be established in the interim where people can bring recyclable trash such as plastic bottles, aluminum cans, tin cans and the like. The sites will be used to help familiarize persons with what products are recyclable.

A reward-based system has been created to encourage behavioural change among the public. Persons that bring in recyclables receive points of varying totals based on the pounds of trash brought in. Points can then be redeemed for valuables such as reusable shopping bags and more gifts.