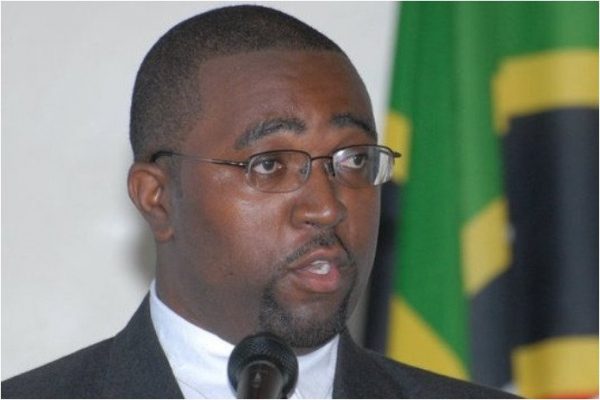 The Social Commentator shares the view that St. Kitts and Nevis together under the operation of one Government can benefit in various ways; but they first need a physical connection before moving to a political or legal combination. Vaughan recalled ongoing talks about the erection of a bridge between St Kitts and Nevis, which is yet to come to fruition. He, however, regards Christophe Harbour as a development that can bring about wholesome opportunities to both Kittitians and Nevisians, with the erection of a bridge.

Vaughan remarked, “The coming of Christophe Harbour would bring opportunities for both islands because of the proximity of Christophe Harbour to areas like Newcastle in Nevis. A guy can come over in five minutes on a bridge and get to a job at Christophe Harbour more quickly than Sandy Point, Dieppe Bay or Cayon, maybe even Conaree, as close as that is. So, there is the opportunity for growth development for economic, social and all forms of integration, but we are first hamstrung by the physical divide and the legislative provision that says, “you are two separate entities.”

In his opinion, Vaughn believes that St. Kitts and Nevis is fighting against itself; hinting at a situation where the interest of Nevis has to be looked at, versus the National interest in several cases. He describes the Constitution as a peculiar document that does not recognise St Kitts as a legal entity but recognises Nevis and St Kitts and Nevis together as legal entities.

Vaughan in an exclusive interview with WINN FM on Friday afternoon (May 13) pointed out several shortcomings that he believes have arisen as a result of having a Nevis Island Administration and also a St. Kitts- Nevis Federal Government.

He implied, ” There are legal implications. For example, “if you have secession tomorrow what happens to the portion of Social Security funds? Are you going to split in two or do you tell Nevisians when they become 62, they [should] apply to the new St. Kitts for their Social Security pensions? Do you break up things for a small entity to become even smaller?”

Vaughan said, “So there is the economic aspect as well. Fifty thousand persons in a global context is serious Diseconomy of Scale. Are you going to break that up now to two entities – one with about 15,000 and one with about 35,000? Where are we going with this?” Vaughn questioned.

Vaughan also reasoned that there are social shortcomings arising from the duplication of Governments in the Federation.

“There is the social context to it, that is quite disarming. When you look at our sports, we operate separately; but then international organisations say, “When you come to the Olympics, you’re coming as St. Kitts and Nevis,” not Nevis as a team, not St. Kitts as a team. When you’re talking about cricket, some people recognise Nevis as a separate [ entity] and St Kitts as a separate [entity]. For this reason, a Nevisian would say, “the first Nevisian to be on the West Indies Team”, rather than the first national of St. Kitts and Nevis to be on the West Indies Cricket Team.”

According to Vaughan, the people of St. Kitts and Nevis have had a social, cultural, economical, political and legal wrangling amongst each other for too long, which is shaped by the country’s Constitutional arrangement.

Responding to the question, “What steps should be taken to formulate the “one government” system for St. Kitts and Nevis?” Vaughan said the one government system must come from the people.

“It has to come with the understanding that we are people bound together with a common destiny as said in the [National] Anthem. We can’t just think that we are going to operate in our silo and get more done, because the resources are not available for us to be paying two sets of governments.”

Mr. Vaughan’s consensus is that things can be better if St. Kitts and Nevis work together under the operation of one Government. However, he is not confident that the “one government” system will be welcomed by the majority of Nevisians and Kittitians. He believes that Nevisians would not want to give up the opportunity of having their own Administration, whilst Kittitians in contrast, would most likely question the opportunity for their own administration, separate and apart from the Federal Government.