Latin America And The Caribbean: From The Lost Decade To A Decade Of Hope 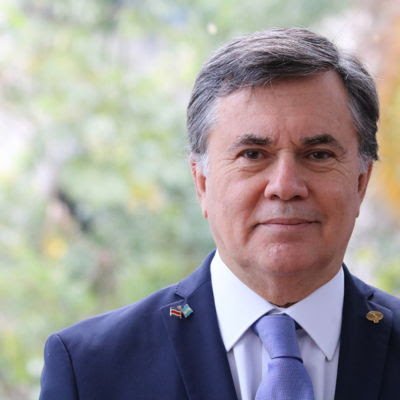 Sunday, June 27, 2021 — Latin America and the Caribbean is home to just 8 percent of the global population, but about 30 percent of all reported deaths due to Covid-19 are concentrated in the region.

This is also the region that experienced the greatest setback in terms of wealth generation in 2020: the region’s Gross Domestic Product (GDP) fell by an average of 7.1 percent, the steepest decline in 100 years with the ensuing loss of employment.

The number of inhabitants in Latin America and the Caribbean living in extreme poverty rose to levels not seen since the 1999-2000 biennium, reaching a staggering 12.5 percent.
In contrast to this tragic situation, the agricultural sector emerged brandishing brawn and resilience.

Despite the dire prognosis of the collapse of agrifood systems, agricultural production and exports from the Americas registered above-average performance, overcoming health, logistics and financial challenges.

In fact, it followed the same trend over the last five decades, during which the global population doubled while the food offering tripled.

Based on data from 17 countries in our region, agricultural exports showed interannual growth of 2.7 percent in 2020, while total external sales fell by 9.1 percent.

In turn, the contraction of the GDP from agriculture was noticeably less than the economy as a whole, while even maintaining its growth trend in a number of countries in the region.

The health crisis, however, with its many socioeconomic consequences, brought one need to the foreground: to review the strategies of all goods and services activities around the globe, agriculture included.

Looking to the future, the sector must deepen its transformation process, following the path of its achievements, while confronting urgent challenges, such as increasing productivity to produce healthier, more nutritious foods; internalizing the environmental dimension; reducing greenhouse gas emissions; and increasing soil carbon sequestration.

We are optimistic about the many changes introduced to the production systems of Latin America and the Caribbean, including direct planting, crop rotation, and integrated crop-livestock-forestry systems, among others.

One of the most promising advances in the new age is the bioeconomy—paired with the circular economy—which creates the conditions to intensify the use of biological resources and processes and allows the agricultural sector to venture into creating value in chains not traditionally related to the industry.

The highest amount of residual biomass in the region comes from rice, cattle, milk, coffee, sugarcane, citrus, and pineapple—all food waste that, far from threatening the environment, must be seen as an essential resource for generating high value-added products, like biofertilizers, biofuels, biomethane, biogas, and chemicals.

We need to leverage the full potential of the new age and heal the social pain caused by the pandemic. To that end, we desperately need robust national science and technology systems with the active involvement of the private sector and to redefine our priorities in research and development.

Latin America and the Caribbean has the resources necessary to guarantee the food and nutritional security of the world, along with the environmental sustainability of our planet.
In the weeks leading up to the UN Food Systems Summit, now is time to reaffirm the importance of agriculture.

It alone holds the key to leaving behind the lost decade and embarking into a new decade that will restore our hope.