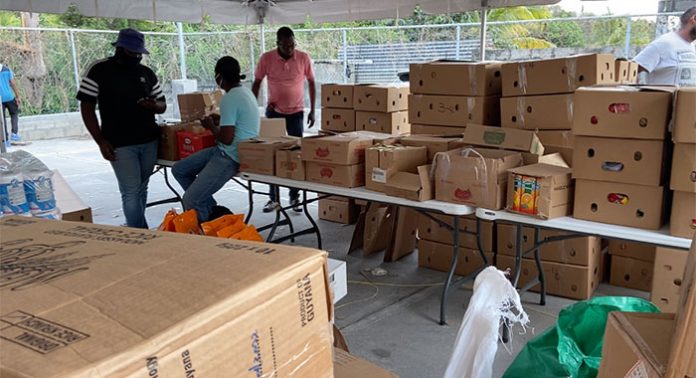 St. Vincent and the Grenadines (iWitness News) – The Leader of the Opposition is urging the government to look into allegations of partisanship in the distribution of volcano relief items.

Godwin Friday’s comment came in a week that Prime Minister Ralph Gonsalves also urged persons handling the distributions to not give a food package to each of their family members.

The prime minister, in his comments on NBC Radio, on Tuesday, one day before Friday’s, did not say, however, that this was happening.

At a New Democratic Party (NDP) press conference on Wednesday, the opposition leader said there were reports of political partisanship being used to distribute aid to volcano victims.

He said that persons who are known to be NDP supporters have complained that they have been overlooked or have experienced delays in getting assistance while supporters of the ruling Unity Labour Party (ULP) have received aid.