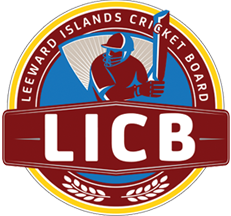 St John, Antigua – March 28th, 2021: The Leeward Islands Cricket Board (LICB) is saddened by the events of earlier today at the CWI Annual General Meeting (AGM).

The absence of the representatives from the Guyana Cricket Board (GCB) and the Barbados Cricket Association (BCA) at the AGM forced the postponement of the CWI AGM to 11th April 2021.

The LICB is deeply troubled, perplexed, and horrified that the BCA and the GCB, which are globally recognized for producing some of the greatest cricketers to have played the game, were comfortable bringing CWI in such disrepute.

We are confident that all processes and procedures were followed leading up to the AGM, wherein all LICB representatives, as well as representatives from Jamaica Cricket Association, Trinidad and Tobago Cricket Board, and the Windward Islands Cricket Board of Control, were present at the meeting and ready to engage in the pursuit of the betterment of West Indies Cricket.

The LICB hopes that both BCA and GCB will be present at the AGM scheduled for 11th April 2021 and will fulfill their obligations thus allowing due process to take place.

The LICB takes this opportunity to reiterate its support for Team Skerritt and Shallow.

The LICB unanimously decided to not only nominate Team Skerritt and Shallow but to also support them in the election.

Today’s turn of events reinforced this decision proving why Skerritt and Shallow are the only and right choices to lead CWI at this time.