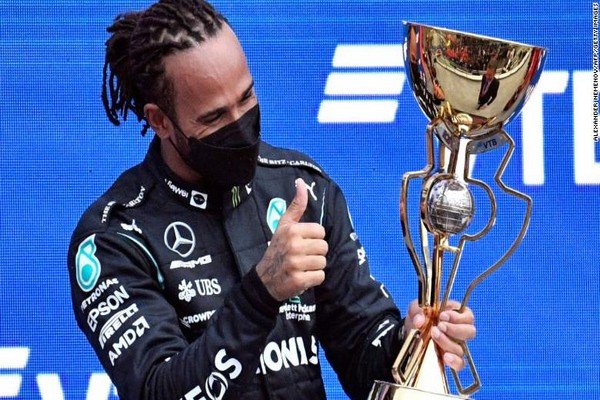 (CNN) Lewis Hamilton became the first Formula 1 driver ever to reach 100 wins after he finished first at a drama-packed Russian Grand Prix on Sunday.

The seven-time World Champion overtook long-time race leader Lando Norris late on. Norris — who was aiming for a maiden Grand Prix victory and was leading for most of the race — spun his McLaren in heavy rain.

Hamilton eventually finished over 53 seconds ahead of second-placed Max Verstappen, who had started at the back of the grid after Red Bull took a new engine.

As well as winning his 100th Grand Prix and becoming the first driver to achieve the feat, he moved back to the top of the driver’s championship standings ahead of Verstappen.