LIAT to Resume Flights to Territory Via St. Thomas Later This Year 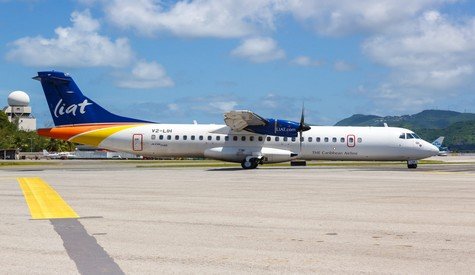 (VI Consortium) The V.I. Port Authority announced Tuesday that LIAT will resume services to St. Thomas in the fourth quarter of 2021 — late November or early December — adding the island as the tenth destination as it works to reconnect the Caribbean.

The carrier over the last several months has been working with stakeholders to resume services to the destination following the suspension of services in March 2020. LIAT is in the final stages of completing its new schedule to ensure that travelers to and from the USVI can connect within its network, according to the release.

The announcement of the exact restart date and schedule of flights as well as the opening of ticket sales will be published via the airline’s website and social media channels.

LIAT expressed its gratitude to all stakeholders throughout this restart process. “The airline would like to thank the Virgin Islands Port Authority (VIPA) for providing this opportunity to serve the territory and restart this essential connection to/from St. Thomas,” reads the release.

LIAT also thanked the people of the USVI for their patience in what the airline described as challenging times. The carrier is looking forward to the resumption of services to the territory which it has served for decades to connect to its Caribbean neighbors.