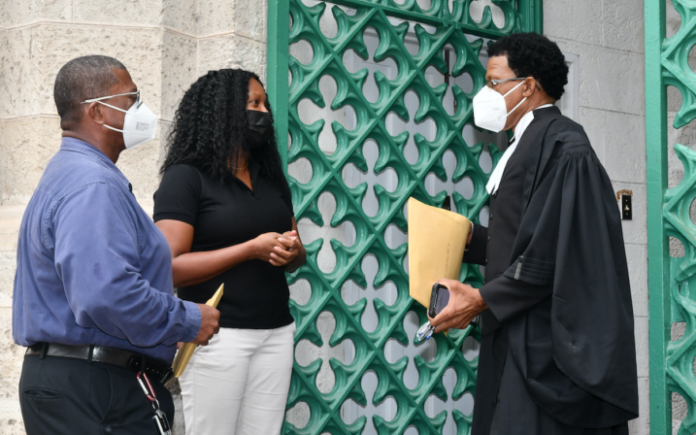 by Marlon Madden (Barbados Today) With their financial situation “growing extremely dire”, former LIAT employees have now sent a petition to Prime Minister Mia Mottley pleading their case and again urging her to use her “influential voice” to help them get the estimated $9 million in severance that is owed them.

A handful of the approximately 54 affected residents delivered the petition with just over 2,200 signatures to the Clerk of Parliament this morning to the attention of the Prime Minister.

“We have waited and pleaded on deaf ears for the shareholder Governments to do the right thing by seeing that we receive monies owed. Our financial situation is growing extremely dire by the minute,” the former LIAT workers said in their letter to the Prime Minister.

As such, they said they were submitting the signatures from their “viral petition” to Mottley with the hope that the promised meeting in 100 days with them that was due since September 2021 to discuss when they would receive severance payments would actually take place. They also want a date to be set for when those severance payments would be made and they want some indication when they would receive other due entitlements including vacation pay, notice pay, final salary and pension payments.