Lionsgate releases “One Year Off”, a film produced on Nevis 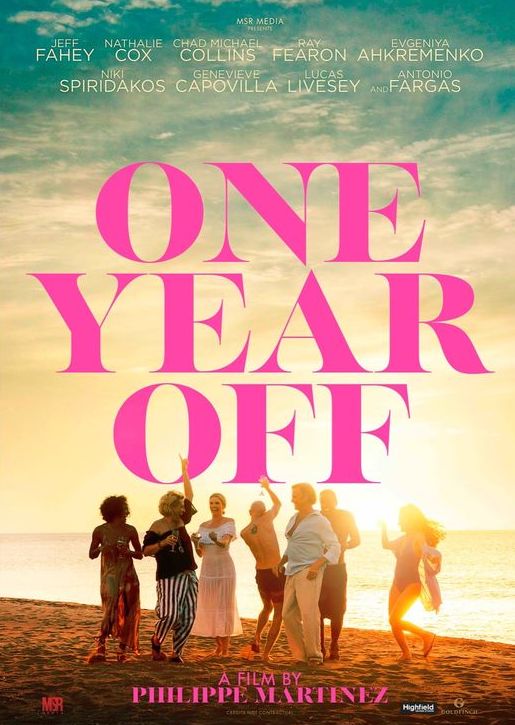 NIA CHARLESTOWN NEVIS – Lionsgate entertainment company has released yet another MSR Media movie filmed on the island of Nevis.

On the heels of the international release of MSR’s “Christmas in Paradise”, the romantic-comedy “One Year Off” starring Jeff Fahey (Lost), Nathalie Cox (Clash of the Titans), Chad Michael Collins (Sniper franchise), and Ray Fearon (Father Christmas Is Back), has hit screens worldwide.

MSR describes the heart-warming film as, “A great romantic comedy where old friends reunite in an inherited beachfront house on the magical Caribbean island, Nevis, taking one year off to reset their lives.” MSR’s Philippe Martinez directs. “One Year Off” is now available on Digital and On Demand.

The film puts on display the breathtaking scenery and welcoming people of Nevis, with scenes filmed at the iconic Golden Rock Inn, and the captivating Chrishi Beach Club, to name a few of the visually stunning locations sets on the island.

When Nevis’ tourism industry ground to a halt due to the global shut-down brought on by the Covid-19 pandemic in 2020, the Nevis Island Administration (NIA), led by Premier Hon. Mark Brantley, had the foresight to look to create a brand-new industry to generate economic activity on the island.

The NIA partnered with the boutique Tv and film production company MSR Media in December 2020 and by January 2021 MSR had set up shop on the idyllic island, striking a multi-film production deal with the NIA.

MSR Media has since filmed several movies on Nevis including the thriller “Them or Us” and the action feature “Assailant”. The company has signaled its intent to film more than 30 additional movies on Nevis and the sister island of St. Kitts.

Premier Brantley highlighted the excellent career opportunities the industry has opened up for locals, in front and behind the camera, also noting the revenue stream generated to restaurants, caterers, property owners, car rental companies, and service providers by the MSR team resident on the island. He said having Nevis on glorious display in these movies seen across the world also serves to intrigue viewers to want to vacation on the island.

“I wish to again thank Mr. Philippe Martinez and MSR Media for taking a chance on Nevis as we sought to establish a new industry on the island and in the Federation of St. Kitts and Nevis. I believe this has indeed been a very fruitful relationship between my government and MSR Media and I look forward to continuing this successful collaboration.”