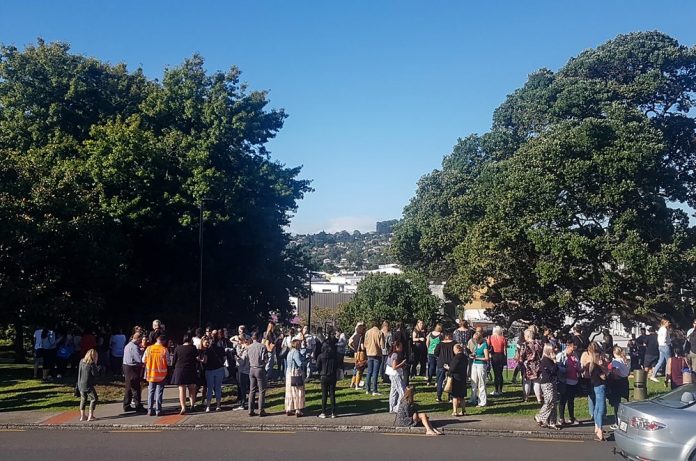 WELLINGTON, New Zealand (AP) — One of the strongest earthquakes to hit the South Pacific in modern history triggered tsunami warnings across the ocean and forced thousands of people in New Zealand to evacuate coastal areas Friday. Small tsunami waves were seen, but little damage was apparent hours later.

The magnitude 8.1 quake in the Kermadec Islands region about 1,000 kilometers (620 miles) from New Zealand’s two main islands was the largest in a series of temblors over several hours, including two earlier quakes that registered magnitude 7.4 and magnitude 7.3.

The tsunami threat caused traffic jams and some chaos in New Zealand as people scrambled to get to higher ground.

Residents recorded videos of small wave surges in some places, including at Tokomaru Bay near Gisborne. In the afternoon, the National Emergency Management Agency said the threat had passed and people could return to their homes, although they should continue avoiding beaches.

One of the earlier quakes hit much closer to New Zealand and awoke many people as they felt a long, rumbling shaking. “Hope everyone is ok out there,” New Zealand Prime Minister Jacinda Ardern wrote on Facebook during the night.