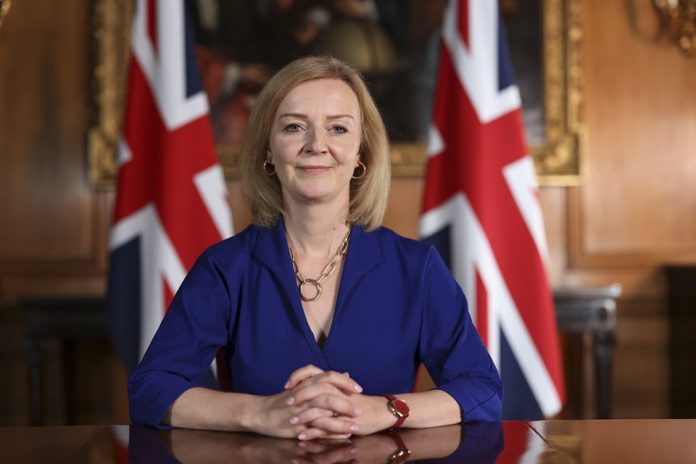 But the euphoria of victory will quickly give way to the hard reality of the economic challenges ahead, with the country gripped by a cost of living crisis leaving families struggling to pay their energy bills this winter.

Truss has said she will reveal plans to support households within a week of taking office, with allies understood to be discussing a £100bn package that could include freezing energy bills. She has already pledged to reverse a national insurance rise even though it disproportionately benefits the well-off.

After the announcement on Tuesday, Truss promised a “bold plan” to cut taxes and grow the economy and said that she would “deal with” soaring energy bills as well as longer-term energy supply, but gave no further detail on how she would do so.

Significantly, Truss appeared to rule out a snap general election, telling the audience in central London that she would “deliver a great victory for the Conservative party in 2024”.

She added: “I know that our beliefs resonate with the British people: our beliefs in freedom, in the ability to control your own life, in low taxes, in personal responsibility.

“I know that’s why people voted for us in such numbers in 2019 and as your party leader I intend to deliver what we promised those voters right across our great country.”

Truss also praised the outgoing prime minister, saying he was admired “from Kyiv to Carlisle”, perhaps unaware that the Tories lost the council covering Carlisle to Labour in May.

After her speech, she was planning to go out for a victory lunch with her husband, Hugh O’Leary, and her closest aides. with her work as prime minister starting on Tuesday.

An emergency budget is expected within the first month to set out how she will bolster the economy amid sustained low growth, soaring inflation, flatlining wages and the very real prospect of recession.

Her political honeymoon is likely to be short-lived, with an over-flowing in-tray of thorny issues including the prospect of an autumn of strikes, the NHS and ambulance services on their knees, the conflict in Ukraine showing no sign of easing and an ongoing row with Brussels over how to implement Brexit in Northern Ireland.

Truss takes over after Johnson was forced out by his own MPs over his handling of scandals including the Partygate row and the Chris Pincher affair, which together raised questions about his integrity and further undermined trust in his government.

She inherits a deeply divided party lagging behind in the polls after a contest in which both campaigns traded bitter personal attacks, and a vacuum at the top of government at a time when the public was looking for reassurance, leaving senior Tories fearing lasting damage to their electoral prospects.

Johnson will tender his resignation to the Queen at Balmoral on Tuesday with Truss visiting the monarch at her Highland residence shortly afterwards for her appointment to be confirmed.

She will then travel back to London, where she is expected to address the nation in a speech outside No 10 Downing Street, before putting the finishing touches to her first cabinet.

Truss, who will become Britain’s third female prime minister, is expected to appoint Kwasi Kwarteng as her chancellor, with James Cleverly as foreign secretary and Suella Braverman home secretary. Her old friend Thérèse Coffey could take over at the Department of Health, while Brandon Lewis has been tipped for the Ministry of Justice.

Sunak is not expected to take a ministerial job, with allies saying he is preparing to wait in the wings until history proves Truss wrong on her plans to cut taxes rather than first getting inflation under control. He has not ruled out standing in a future Tory leadership contest.

The new cabinet will meet for the first time on Wednesday morning before Truss, who has channelled Margaret Thatcher and pitched to the right during the leadership contest, faces the Labour leader, Keir Starmer, for her first prime minister’s questions.

The result of the Conservative party contest was announced by Sir Graham Brady, the chair of the backbench 1922 Committee, at a conference centre in Westminster. Just 0.3% of the British electorate was responsible for picking the country’s next leader.

Sunak won the MPs’ stage of the contest but entered the head-to-head part knowing that he was up against the darling of the Tory right. Over the last seven weeks the momentum has swung firmly behind Truss.