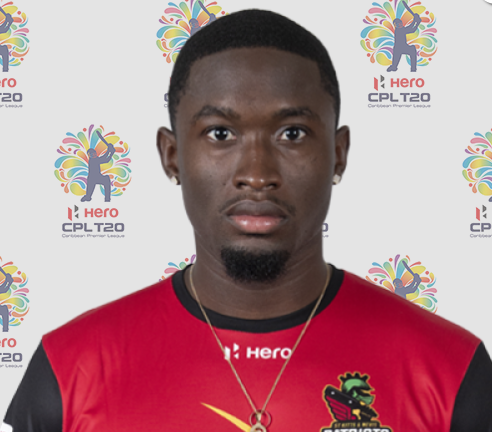 St. Kitts and Nevis (WINN):  The Warner Park Cricket Stadium may be filled, at least to half capacity, as St Kitts and Nevis is set to host the Hero Caribbean Premier League’s T20 tournament this year, in its entirety, starting in August.

Minister with responsibility for Sports, Jonel Powell announced on April 27, 2021.

During the June 23 broadcast of Island Tea, Colin Archibald, also known as Kezron Archibald, of Nevis, was interviewed by Host Azem Bailey and Producer Jade Johnson.

Archibald was selected to the St. Kitts and Nevis Patriots team back in 2020 for the CPL series, which took place in Trinidad from August 18 to September 10.

“As a local boy, I feel definitely we [are going] to win the championship this year. And I’m not just saying that because of me being a part of the team, but I feel like the team is a well-rounded team; it’s a well-balanced team and we have what it takes to win this year,” said the 23-year-old allrounder.

During the interview, Archibald said that he always knew he wanted to be a cricketer and is forever grateful to the person who first put a cricket bat in his hand.

“I got started in cricket at a very young age… at nine years old. My uncle was the first person who gave me a bat… Sylvester Brown, I [was] always grateful to him for that… He was the person who started my journey,” explained Archibald, who later developed a “burning love” for the game which inevitably turned into his passion and now career.

He went on to give a snapshot of his journey to his current spot on the national team, “Through the ropes, I played cricket for the Ivor Walter Primary School, Gingerland Secondary School, and the Brown Hill Cricket Team and also other cricket clubs in Nevis… I went to Jamaica to study and play cricket for the G.C. Foster Cricket Team and then I later got selected for the Leeward Islands Senior Team… and then from that the transition into franchise cricket… with the [St. Kitts-Nevis] Patriots.”

Archibald is back again representing the SKN Patriots and this time he will be on his home turf and said that he has a sense of pride representing his country’s team and the possibility of him inspiring another young cricketer to aim for such a spot as he was inspired by those who preceded him.

“I grew up watching Kieran Powell and Kejel Tyson and Nelson Bolan. Those guys were playing for Leewards Islands [Cricket Team] and I could relate to those guys more… Because I wasn’t in the era of let’s say Keith Arthurton or Stuart Williams, although I heard about their playing abilities I wasn’t in that era so I can’t say [I related to them]… It was the guys who I could have [related] to who actually drove me to want [to play cricket.]”