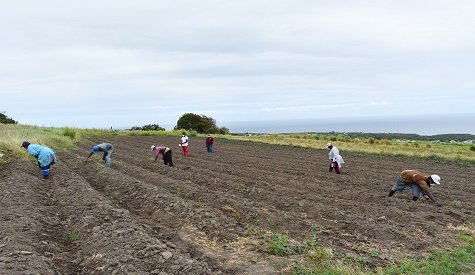 St Kitts and Nevis (WINN): Leader of the People’s Action Movement and Candidate for Constituency Number 5- Shawn K Richards says there is much land available in St. Kitts and Nevis, but the country is not doing well in terms of Agriculture investment. Richards suggests that under a People’s Action Movement- Concerned Citizens Movement Government, farmers will receive assistance which will enhance Agriculture in the Federation.

“We will encourage widespread use of greenhouses so that the farmers who want to utilise that particular technology are able to do so.”

“If people again want to come together to form a Cooperative, to form a business in Agriculture, we will provide the opportunities to do so. We will ensure that we designate land for Agricultural purposes and not the worst land. You must get proper land in order to pursue agriculture. Land where you can get access to water and the Government must invest in the necessary water resources, so that water does not become an issue for our farmers.

“We will engage the Republic of China on Taiwan to assist us in terms of processing some of what we are able to grow. We will seek to extend assistance to all of our farmers.”

Richards also mentioned that the modern farmer will be given 100% tax breaks for inputs needed to get their new farms up and running.

The People’s Action Movement leader said the Federation has the lowest per capita food agriculture output in the Eastern Caribbean, adding that the country is dependent on imports to feed the people.

Meanwhile, control measures for the pandemic, the Russia-Ukraine War and the block in the Suez Canal have heightened discussions about Food Security and buying and eating local. WINN FM spoke to two farmers who have been doing their part in ensuring a more sustainable food system in the Federation.

On Saturday morning May 28, a young male farmer on St. Kitts told WINN FM that he has been experiencing several setbacks as a farmer, but the main challenge is land preparation. He indicated that it gets even more difficult when the tractor that ploughs the land develops mechanical problems and the work has to stop. In this regard, time is wasted and more money has to be spent to complete the job, he said. “Violation of the farm is another major challenge,” the man explained. He said people either steal or destroy his crops and equipment after hours. However, the farmer lauded the Government for providing duty-free concessions on farming materials, but calls for better assistance to farmers with the setting up of water and irrigation facilities on their farms. The farmer said he currently sells his produce to individuals and businesses and is interested in agro-processing, which will help his business to grow.

Similarly, on the island of Nevis, a young female farmer said the preparation of land is her biggest challenge, explaining that it is very difficult to get the assistance of a tractor to plough the land. In addition, she said weeding and cutting are costly. However, she invested in ground covers to reduce the weeds. The female further explained that she has major “monkey problems,” describing them as “menaces.” She said the monkeys invade her farm and eat as much as they can, leaving her with a little yield from her crops sometimes. She said she has an electric fence that needs fixing but she needs manpower to assist her.

The female farmer also expressed that she ordered some organic pesticides, which have been at Customs for over a year, as she is unable to clear them. She explained that she was told that the pesticides are not registered with the Pesticide Board, hence the reason for the delay. The woman said, even though she was asked to fill out some documents, she has received no further word. She, therefore, calls on the Government to pay close attention to the registration of pesticides, for the sake of the farmers.

Additionally, as the country experiences the current dry spell, the female farmer said she is beginning to feel the effects, as she cannot get anything more than just a few tomatoes and peppers to grow.