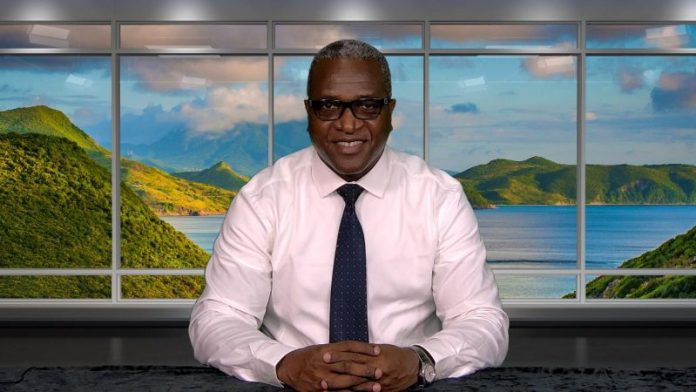 St. Kitts and Nevis (WINN): Health agencies and organizations like the Centers for Disease Control and Prevention (CDC) and the World Health Organization (WHO) are closely monitoring cases of ‘monkeypox’.

According to the CDC, as of May 21, 2022, 92 laboratory confirmed cases, and 28 suspected cases of monkeypox with investigations ongoing, have been reported to WHO from 12 Member States that are not endemic for monkeypox virus, across three WHO regions (United States of America, Australia, and United Kingdom). No associated deaths have been reported to date.

Dr. Cameron Wilkinson, Medical Chief of Staff at the Joseph N. France General Hospital, speaking on WINN FM’s “Voices” program on Wednesday, May 25, used the opportunity to educate the general public on ‘monkeypox’.

“The WHO said they expect more cases of monkeypox to emerge as we expand surveillance in non-endemic countries and we are just a flight away from some of these countries where we have monkeypox,” Dr. Wilkinson said.

He added: “The good news is that monkeypox is not typically considered very contagious because it requires significant close contact with someone who is infectious for you to become infectious and right now the risk to the general public is low however there is reason for concern and it is important for us to raise the awareness.”

The virus enters the body through broken skin (even if not visible), respiratory tract, or the mucous membranes (eyes, nose, or mouth). Animal-to-human transmission may occur by bite or scratch, bush meat preparation, direct contact with body fluids or lesion material, or indirect contact with lesion material, such as through contaminated bedding. Human-to-human transmission is thought to occur primarily through large respiratory droplets.

“Some of the same precautions that we advocate for COVID-19, they will also help to protect against monkeypox. We have said that it comes down to personal responsibility. Very soon we are going to have people coming for the Music Festival, and a number of other things and so you would need to know that with this virus out there, there is a risk that if you are in a mass gathering you can put yourself at risk.”

WHO says immediate actions focus on informing those who may be most at risk for monkeypox infection with accurate information, in order to stop further spread. Current available evidence suggests that those who are most at risk are those who have had close physical contact with someone with monkeypox, while they are symptomatic. WHO is also working to provide guidance to protect frontline health care providers and other health workers who may be at risk such as cleaners.

“It tends to be more severe in some individuals, specifically children, pregnant women and persons who are immunocompromised – in other words, if somebody has cancer, severe or uncontrolled diabetes, or HIV positive. It is the more vulnerable among us who will be at greatest risk.

The other good news about monkeypox is that the human-to-human transmission is limited so far to six generations and what I meant is – the last person who got infected is usually about six links away from the original person whereas with COVID-19 it just goes on and on.”

In humans, the symptoms of monkeypox are similar to but milder than the symptoms of smallpox. Monkeypox begins with fever, headache, muscle aches, and exhaustion. The main difference between symptoms of smallpox and monkeypox is that monkeypox causes lymph nodes to swell (lymphadenopathy) while smallpox does not. The incubation period (time from infection to symptoms) for monkeypox is usually 7−14 days but can range from 5−21 days. Within 1 to 3 days (sometimes longer) after the appearance of fever, the patient develops a rash, often beginning on the face then spreading to other parts of the body.

Monkeypox was first discovered in 1958 when two outbreaks of a pox-like disease occurred in colonies of monkeys kept for research, hence the name ‘monkeypox.’ The first human case of monkeypox was recorded in 1970 in the Democratic Republic of the Congo (DRC) during a period of intensified effort to eliminate smallpox. Since then, monkeypox has been reported in people in several other central and western African countries