Local Schools Back to Online Instruction Amid COVID-19 Outbreak 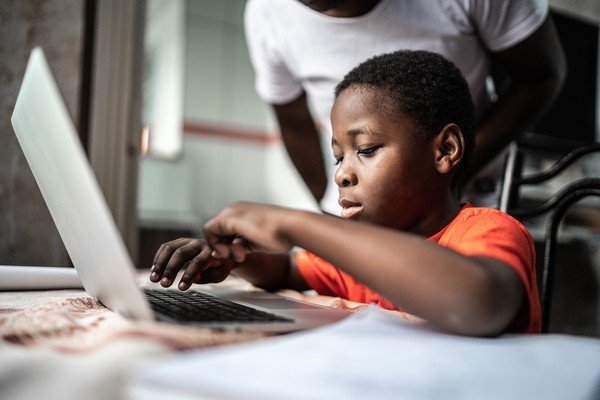 St. Kitts and Nevis (WINN): The Federation is grappling with what it feared most since the start of the COVID-19 pandemic: Community spread.

On Tuesday, May 26, the federation recorded one additional case bringing the total number of active cases to 16, according to Chief Medical Office, Dr. Hazel Laws during the broadcast of Leadership matters.

The most active cases recorded in St. Kitts and Nevis since the start of the pandemic in 2020.

Apart from the imposed curfew from 11 p.m. to 5 a.m. for the next two weeks as announced by Prime Minister Dr. Timothy Harris, during an address to the nation Tuesday (May 25).

The biggest change was the closure of all schools in the federation for two weeks.

“Schools will remain closed for two weeks in the first instance to facilitate contact tracing, testing and other necessary precautions consistent with the COVID-19 Prevention and Control Act. Parents are advised to keep children safely at home,” explained Dr. Harris.

Continued instruction for students would be given through online means using Microsoft Teams.

During the Whit holiday weekend, the federation was made aware on Sunday, May 23, that the Sandy Point Primary School would be closed for two weeks and the students along with all members of their household would self quarantine for two weeks.

After a meeting on Monday, May 24 inclusive of the COVID-19 Task Force, the Federal Government, and the Nevis Island Administration (NIA), the closure extended to all schools being closed and only those students who were tested required to self-quarantine at home with their entire family.

Additionally, Dr. Harris informed of the postponement of exam administration during the period of closure.

“No local examinations will be administered during this period of school closure. The Ministry of Education has already begun to engage CXC to discuss alternative arrangements for any examinations scheduled during this time. Students, teachers and parents will be subsequently informed of the relevant decisions taken by CXC. Teachers will engage students from grades 3 and higher via the established online modality of MS Teams,” said Dr. Harris.

This comes on the heels of a statement made by UNICEF to reconsider the administration of CSEC and CAPE exams throughout the region.

In the statement, it was suggested that “If the exams were to be implemented as decided, our main concern is the low level of preparedness (academically and psychologically) of many of the thousands of 16–18-year-old students across the region to sit the exams.”

With the closure of schools and the move to online instruction, this suggestion from UNICEF hits closer to home.

Previously, CXC announced implementations to help students with preparedness for the exam:

(i) providing the topics for the long answer paper (Paper 2) five weeks prior to the commencement of the exams,

(iii) facilitating deferments to 2022 if students meet specific criteria, and

(iv) the currently discussed further postponement of the examination date.

However, based on the statement from UNICEF, several issues still exist even with the above changes, “no change has been made on the multiple-choice paper (Paper 1) which will still cover the entire syllabus, and no clear structure was shared as to how those students who meet deferral requirements and choose to defer will be supported to sit the exams at a later date in 2022.”

The Caribbean Union of Teachers (CUT) submitted a proposal to UNICEF on how the CSEC and CAPE exams could be adapted and were suggested for implementation to the examination council.

i.) Paper 1 should only test rationalized topics that are tested in Paper 2 and not the entire syllabi as the said syllabi would not have been completed;

ii) for Paper 2, remove all hurdles including compulsory questions and ensure that no one question item should test two or more content areas; and

iii) extend the start of the examination by three weeks and release the rationalized broad topics immediately to students and teachers in order to facilitate effective preparation.

WINN attempted to get a comment on this matter from the Ministry of Education but was unable to get a statement by news time.