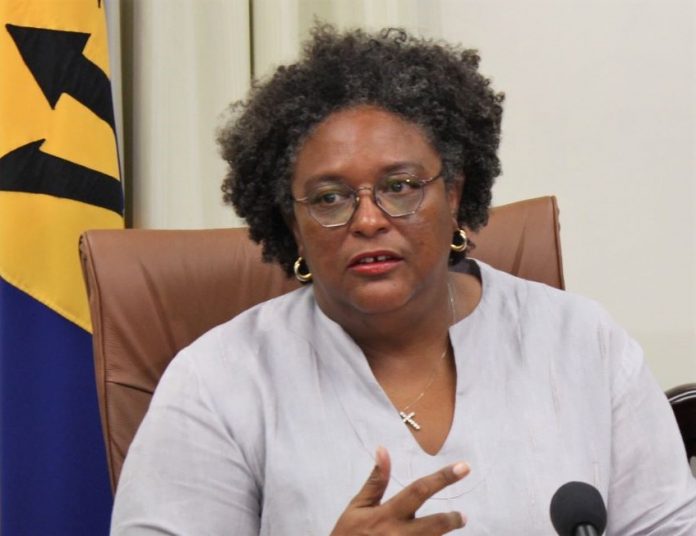 (Barbados Today) The economy is set to take a hit as big as $25 million during the two-week lockdown that comes into effect a week from Wednesday, said Prime Minister Mia Mottley, declaring that she was not willing to sacrifice Barbadian lives to stabilise the economy.

Mottley also said she expressed this sentiment to a team from the International Monetary Fund (IMF) during a recent meeting with Government.

She insisted that the 10 lives lost so far to COVID-19 were ten too many.

She told the nation: “I can’t guarantee that we won’t lose others but we are going to guarantee that we fight like hell not to lose any. What will it cost us? Probably a significant amount, probably close to $20-$25 million over the next two weeks and probably deeper in terms of wider economic impact.

“For sure the economy is going to be seriously affected but as we discussed with the International Monetary Fund’s fiscal affairs mission up to yesterday, we must spend what we will and we will keep the receipts and be accountable.