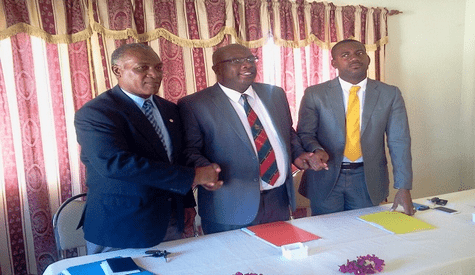 St Kitts and Nevis (WINN): A caller’s question to a Nevis politician about the status of the Charlestown Accord between the three political parties in the Team Unity Coalition has sparked off a debate about the current status of that accord between PAM, CCM, and the People’s Labour Party.

Dr. Kelvin Daly of the Nevis Reformation Party’s response to the caller on Freedom FM Tuesday was to suggest that although Nevis now has three representatives in the Federal Parliament instead of the two it had before, they are likely to be less influential than their predecessors.

“The Team Unity Government excluding CCM has six seats, so with that kind of optic … really and truly we had a better chance of leveraging St Kitts prior to the election than now,” Daly argued.

“Because then you can pass whatever legislation you want without assistance from Nevis … unless there is a supermajority needed for a particular piece of legislation having to do with any modification of the constitution, you could do without Nevis,” Daly said.

His position is based on the fact that the coalition now has nine of the eleven constituency seats following the June 5 general elections.

The coalition tally is made up of four seats from the People’s Action Movement, three from the Concerned Citizens Movement and two from the party of Prime Minister Timothy Harris – the People’s Labour Party.

In the last Federal Parliament, Team Unity had seven seats: Four from PAM, Two from CCM, and the one held by PLP’ Harris.

That government depended much more on the two CCM seats than it will this time around with Team Unity’s bigger majority.

On WINN FM’s Voices programme Thursday (June 11), callers were clearly at odds on the issue.

Some didn’t think much of the Daly position.

“It’s illogical to think that because the Nevis portion of the Unity Construct now has three seats that they are at a disadvantage,” one caller said with others expressing similar sentiments.

There were others, however, who insisted Kelvin Daly had a position worth supporting.

“I think that Mr. Brantley (CCM Leader and Premier of Nevis) was indeed expecting more leverage when he campaigned on bringing three seats to the Federal Parliament. He specifically said, I think it was in Barbados, that he wanted to do that to be a kingmaker”, that caller said in support of Dr. Kelvin Daly.

He continued “That implies more leverage. The hard fact is that CCM was needed to pass legislation in the last parliament and that is no longer the case. So they have indeed lost leverage,” the caller said.

The Federal Parliament is made of up eleven constituencies, eight in St Kitts, and three in Nevis.

The Charlestown Accord was drawn up in 2014 between the People’s Action Movement, Nevis’ Concerned Citizens Movement, and the Peoples Labour Party, with the CCM putting forward one of its conditions : ensuring that Nevis gets its “fair share” of the Federal pie.

The funds for Nevis were expected to come from foreign revenue obtained via the Citizenship By Investment Programme channeled into the country’s Sugar Industry Diversification Foundation – SIDF.

That Coalition thrust stemmed from frustrated Nevis Officials arguing that Charlestown was being starved of Federal funds by the then Denzil Douglas administration in Basseterre.

The Coalition accord reportedly emphasized that Nevis would get its fair share under a Team Unity administration.

Current Premier Mark Brantley, while conceding that things have improved significantly because of the accord, has said on occasion that Nevis is still not benefiting as fully as it should from the Federal purse.