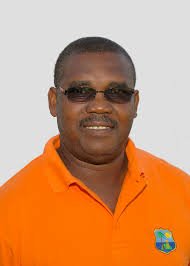 Kelly stated that he could vividly recall the atmosphere at Grove Park.

Wallace, off his long run and the crowd watching in anticipation.

Wallace loved to bounce him and of course, he was not backing down.

He would have excited the crowd with his awesome pulls and cuts for boundaries and he could hear MAMALOU shouting from the pavilion:

He noted that on many occasions, his innings would end with him being superbly caught by Elquemedo Willet in the gully and Raffie would have the last laugh.

He noted that despite their fierce rivalry on the field of play, they became very close friends off it.

He pointed to the fact that they stayed in touch even after retirement from the game and their friendship was such that when Raffie was coming to St. Kitts, he would just have to call him and he would take care of him and when he was going to Nevis, he would just call Raffie and he would be well taken care of.

Those battles must have held Kelly in good stead for his ultimate test, when he made his Leewards debut versus Barbados in 1975.

Luther arrived at the Kensington Oval, with the match already in progress and was almost immediately called to the crease, to face the fearsome Barbados pace attack.

What followed was some amazing entertainment from the bat of Kelly, who batting without a helmet, slammed the Bajan pace attack all around the park, for a rapid half-century.