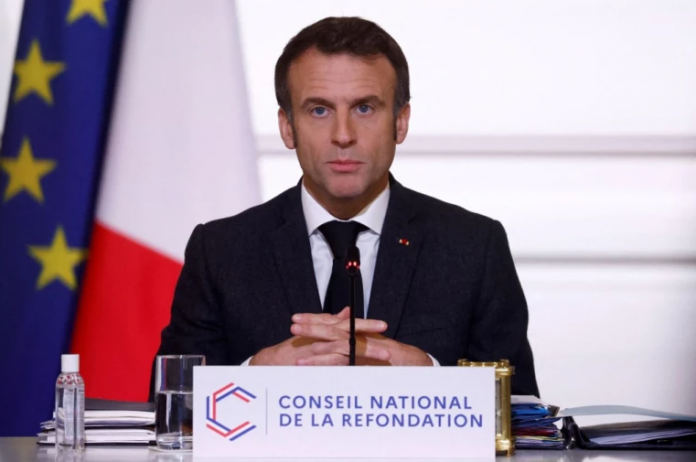 The Greens and the right-wing Republicans have elected new chiefs, and Macron said on Monday he would consult them before unveiling details of the significant reform on January 10, instead of Thursday as planned.

France’s Les Republicains, who could be a crucial partner in the reforms, elected Eric Ciotti, a staunch law-and-order conservative, as their new leader on Sunday.

“This will give a few more weeks for those … who have taken over to discuss some of the key elements of the reform with the government,” Macron said during the latest gathering of his so-called “national refoundation council”.

Macron says the retirement age needs to be extended to 64 or 65, from 62 currently – one of the lowest ages in the EU – in order to finance the pay-as-you-go system as more people live longer and enter the workforce later.

The system is likely to have a surplus of 3.2 billion euros ($3.3bn) this year, according to a September report from the government’s pensions advisory board (COR), but is forecast to fall into structural deficits in coming decades unless new financing sources are found.

Macron has also promised to streamline the country’s 42 separate pension regimes, which offer early retirement and other benefits mainly to public-sector workers.

Unions staged huge protests and strikes when the reform was first attempted two years ago before the government abandoned it as the COVID-19 crisis engulfed the world in early 2020.

Macron’s overhaul would be the most extensive in a series of pension reforms enacted by successive governments on the left and right in recent decades aiming to end budget shortfalls.

A spokeswoman of Prime Minister Elisabeth Borne, who is leading consultation talks with unions and political parties, said Borne and Macron took the decision to postpone the reform over the weekend.

The move will not affect the overall timeline of the reform which is still planned to come into force by the summer, with the first parliamentary debates in the first quarter of 2023, the spokeswoman added.