Magistrate Asked to Recuse Himself from Private Criminal Charges Case 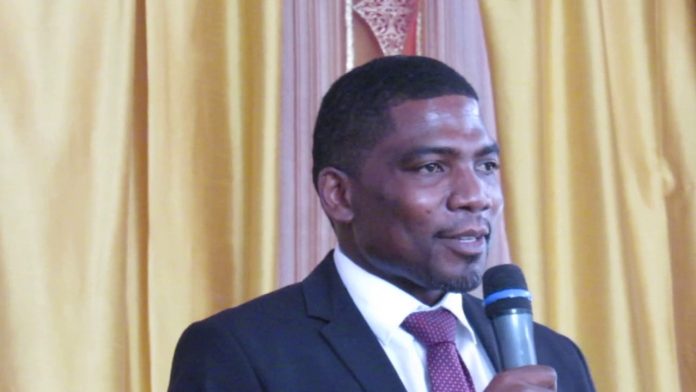 That comment came from Dr Terrence Drew, Chairman of the St. Kitts-Nevis Labour Party (SKNLP) and the candidate who contested the June 05, 2020, General Elections in Constituency 8.

On the heels of the 2020 General Elections, Dr. Drew filed private criminal charges against his opponent, the People’s Action Movement (PAM) candidate Hon. Eugene Hamilton accusing him of the offenses of “treating” and “bribery” during the campaign leading up to election day.

The case which was filed on November 30, 2020, had its first trial on Monday, February 01, 2021. Dr. Drew’s legal team, headed by Delano Bart QC, argued that Magistrate Fitzroy Eddy should recuse himself from this matter. Dr. Drew and the SKNLP are purporting that Magistrate Eddy “is a well-known member of the People’s Action Movement and may have voted for Eugene Hamilton”.

“All we’re asking is that we get somebody who would not be perceived to have any personal or political interest or affiliation to either party,” Dr. Drew told WINN in a telephone interview Wednesday morning (February 03).

When asked about his confidence in winning the case, Dr. Drew said “based on our evidence, it is saying such and if we’re given a fair chance, yes, that he [Eugene Hamilton] would have to vacate his seat and the seat would become available once again,” adding “it would ensure, …going forward, that these types of tactic schemes used in politics in the Caribbean will not take root here in St. Kitts and Nevis”.

Magistrate Eddy heard arguments on the matter but has not recused himself from the case. The matter has been adjourned until Monday, February 08, 2021.

In the 2015 elections, Dr. Drew lost by near 300 votes to the PAM candidate Eugene Hamilton. In 2020, he missed the opportunity to represent the constituency by some 24 votes.