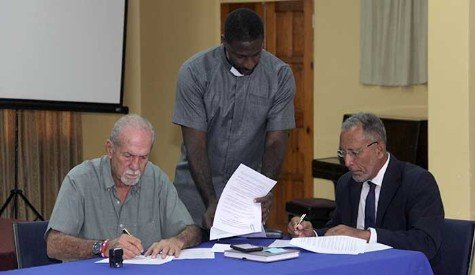 (iWitness News) The two major political parties in St. Vincent and the Grenadines, on Friday, signed the National Monitoring and Consultative Mechanism (NMCM) “Code of Ethical Political Conduct” to govern the campaign for the Nov. 5 general elections.

Speaking at the signing, Francis called on the signatories to respect this code of conduct.

“We are traversing unusual ground in this election, in that one political party is going for a fifth term in office and the other is competing to stop the fifth term. Both arguments will be presented to the people of St. Vincent and the Grenadines in accordance with this code of conduct,” Francis said.