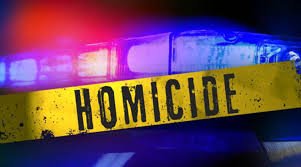 The Federation has now recorded nine homicides according to reports.

Three people are still reported missing and there is no confirmation of their status at the time of writing.