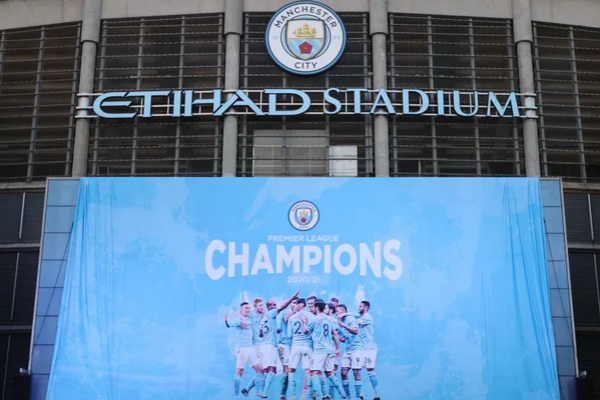 (Al Jazeera) Manchester City were confirmed as Premier League champions for the third time in four seasons after Manchester United were beaten 2-1 at home by Leicester on Tuesday.

City missed the opportunity to secure a third league title under Pep Guardiola on Saturday when a missed penalty from Sergio Aguero proved costly as Chelsea came from behind to win 2-1 at the Etihad Stadium.

United needed victory to delay the celebrations once again, but a side showing 10 changes could not see off the Foxes, who took an early lead through a fine volley from teenager Luke Thomas which was cancelled out by Mason Greenwood’s neat finish.

Caglar Soyuncu headed in a corner midway through the second half to secure all three points.