Red Cross says millions at risk as ‘one of the world’s strongest storms of 2021’ makes landfall in the Philippines.

Mindanao, Philippines (Al Jazeera) – Tens of thousands of people have been evacuated from their homes in the Philippines as “one of the world’s strongest storms” of the year made landfall in mid-eastern parts of the island nation.

It warned of “very destructive typhoon-force winds” in parts of the country and said it expected to see storm surges in coastal areas, as well as flooding and landslides in mountainous areas along the typhoon’s path.

The Joint Typhoon Warning Center (JTWC) of the US Navy has declared Rai as a super typhoon. 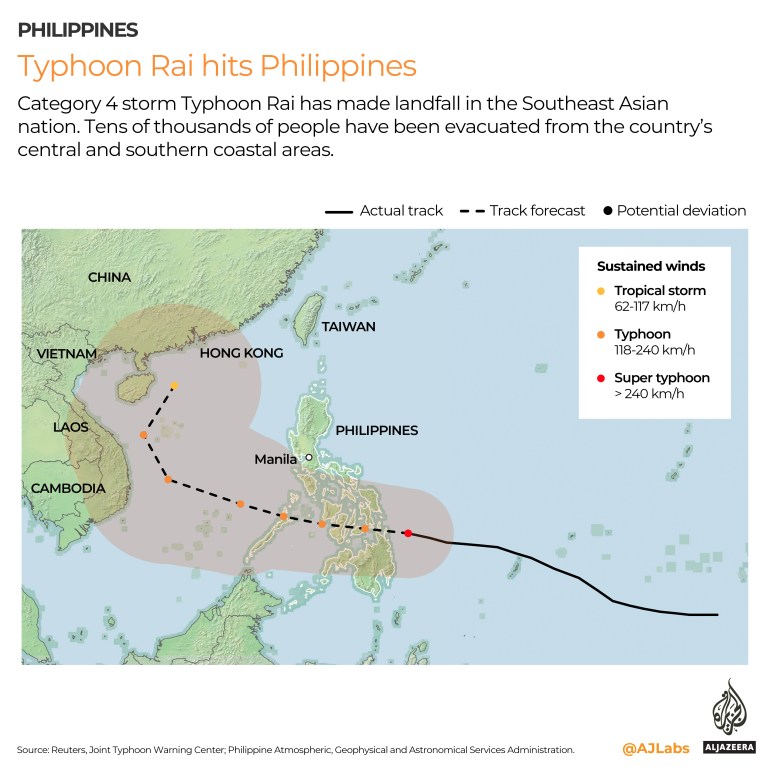 It is the 15th typhoon to hit the country this year. Official figures show some 100,000 people have now fled their homes.

The International Federation of Red Cross and Red Crescent Societies called the typhoon, which is locally known as Typhoon Odette, “one of the world’s strongest storms of 2021” and said it is “threatening millions of people with destructive winds and flash floods”.