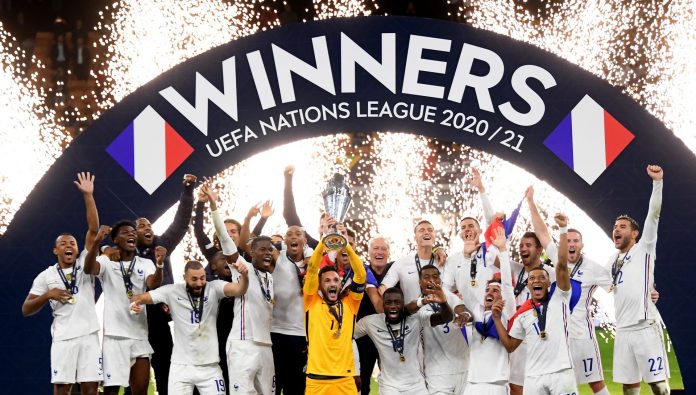 MILAN, Oct 10 (Reuters) – World champions France won the Nations League final with goals from Karim Benzema and Kylian Mbappe earning them a 2-1 win over Spain at the San Siro stadium on Sunday.

Didier Deschamps side had struggled to get a foothold in the game during a first half dominated by Spain but after going a goal down, following Mikel Oyarzabal’s strike, they came alive.

With Paul Pogba excellent in midfield, Mbappe’s speed and movement stretching Spain and Benzema a constant threat, the French were good value for their victory.