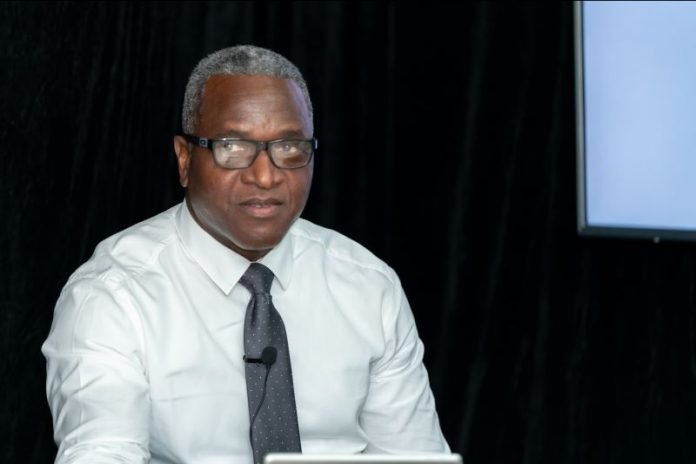 St. Kitts and Nevis (WINN): Medical Chief of Staff at the Joseph N France General Hospital responds to the claims that improper response from the Emergency Medical Technician (EMT) Services led to the death of Swanie Huggins of Stapleton, the young man that passed just before the start of the Easter Holiday weekend.

Dr. Wilkinson chronologically laid out the events of the EMT response, starting with the call.

“The call was made to the dispatcher; that call lasted a total of sixty seconds, during which time vital information was obtained about the patient’s name, age, where the person was and the status of the person in question. It took the ambulance three minutes to get to the scene once they were dispatched, and the dispatch was made immediately,” said Wilkinson during an interview with ZIZ yesterday (April 21).

Depending on the gravity of a situation, emergency aid would be administered on the scene before moving the patient to the nearest hospital.

“The EMT Technicians, they have to make an assessment of the patient, they make a quick assessment, and there are some emergencies that would have to be dealt with immediately. One always has to make sure that the airway is clear, secure the airway, make sure that the person is breathing and make sure that they have adequate circulation. If the person is in cardiac arrest, one might have to institute CPR, and so there are a number of reasons why an ambulance would not leave the scene immediately,” said Wilkinson in explaining why the Ambulance did not immediately leave the scene to take the patient to the hospital.

The death of Huggins then led to several claims, including a lack of oxygen and professionalism on the part of the EMTs.

The JNF Hospital has already refuted claims of a lack of oxygen at their institution, which was making the rounds as the cause of death for a 31-year-old male and 1-year-old female in St. Kitts.

Dr. Wilkinson assured the public that before the ambulances are dispatched, they are adequately equipped, including the one dispatched to Huggins.

The Medical Chief of Staff suggested that the impact of losing a loved one impeded the judgement of families.

“I want to give the persons involved time to grieve. But what I can say is that sometimes when persons are under stress, especially if you just lost a loved one, you might interpret things differently.”

The Ministry informed that the circumstances of both deaths were to be further reviewed, and the families were notified. Since then, an autopsy was done on the young man, and the findings were communicated to the family by officials at the hospital.