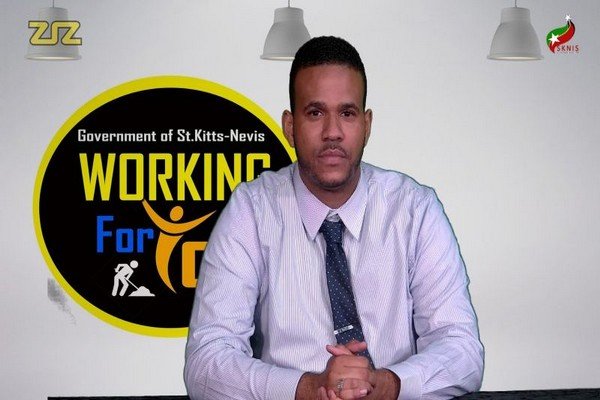 Basseterre, St. Kitts (SKNIS): Prostate exams are very common and are considered standard medical care. However, in today’s society, many men put off getting a prostate exam, either because they think they are not old enough to have it or because they are afraid to have one, a behavior Dr. Jonathan Carty, General Practitioner in the A&E Department at the JNF General Hospital, encouraged men to move away from and get tested.

“Prostate screening is one of the most tabooed topics between us men because it involves the digital rectal exam (DRE) where a doctor will place his lubricated glove finger through the rectum and explore the prostate. [The patient] may be homophobic and don’t want a doctor to, in a sense, cross borders or go overboard in touching them because it will make them start to have negative ideas towards that,” said Dr. Carty on Wednesday’s (November 24) edition of Working for You. “That sort of thinking in this day and age is outdated. It is a relic of previous generations because it doesn’t speak to the current medical understanding of certain diseases. The quicker you do certain tests the better it is for you to get over it and get appropriate and timely treatment,” he added.

However, he understands that men generally are afraid of visiting the doctor for fear of having to expose their bodies.

“We don’t want to be put in a position where we have to open up to a male or a female doctor because of the shame that we may experience. It is just that the vulnerability is there… the lack of education of what certain diseases can do to the body,” he said. “So it has a lot to do with us not being comfortable with our own bodies because we don’t want to be in the vulnerable position on a table, in front of a doctor… and have to expose our genital areas to such examinations.

Dr. Carty said that there is no reason why anyone should be afraid of a prostate exam and added that it is extremely important for men to educate themselves about the exam which can, in turn, help them to prepare for it.

Newrish Nital, Forensic Psychologist said that patient confidentiality also has a significant role to play in why persons develop a fear of going to the doctor.

“Sometimes it is a matter of confidentiality, sometimes you have some breaches and when confidentiality is breached then you put people back in their shell. Sometimes you assume that it is a professional… a relationship with you and your healthcare provider, but yet you hear something that only you and your healthcare provider ought to have known,” said Mr. Nital.

Mr. Nital indicated that patient confidentiality is a necessary tool for building trust between patients and medical professionals.