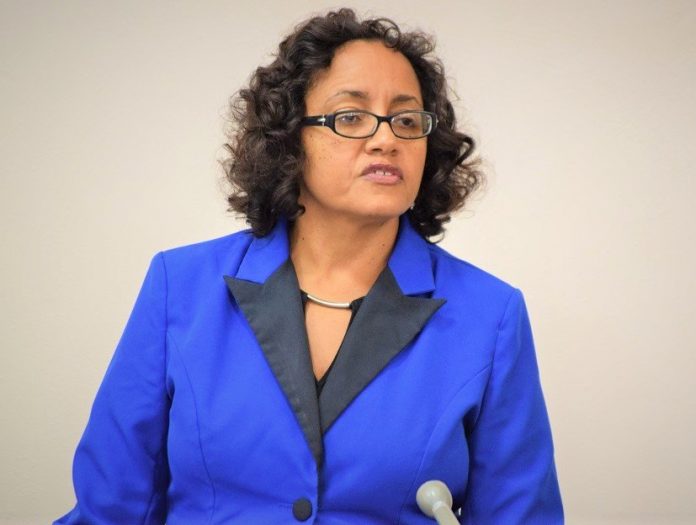 St. Kitts and Nevis (WINN): Hon. Wendy Phipps has responded to the circulation of a document containing information that suggests members of the National COVID-19 Task Force were paid honorariums ranging from $500 to $27,000.

Phipps was speaking at the June 01, 2022, Press Conference hosted by the Cabinet of the Government of St. Kitts and Nevis when she addressed the leaked document.

Minister Phipps said the decision to pay honorariums to members of the Task Force was discussed and approved by the Cabinet between late last year and early January.

“Portions of a Cabinet submission, number 236 of 2021, were on social media. The Cabinet submission was drafted on or about December 6, 2021, following almost two months of discussion between the Cabinet and the Ministry of Finance as to an appropriate mechanism or framework with which to say thank you to the Task Force.

The submission was finally dealt with on January 10. On January 10, every single Cabinet member, save for the Honourable Attorney General, was present at Cabinet. When that agenda item came up for that meeting and I recognised that it was going to be the next item for discussion, I recused myself from the Cabinet meeting because I knew in addition to the persons who were proposed for an honorarium, the names of Vincent Byron and Wendy Phipps was on that list and it was the appropriate thing to have done, to exit the room so I do not influence a discussion in which the outcome would more than likely see me being a beneficiary for an honorarium. After the matter had been discussed for about 15 minutes, I was called back to the Cabinet room and I was informed of the Cabinet’s decision,” Minister Phipps said.

She added: “By January 21, acting on the instruction of the Cabinet Secretary, the payments were made to the members of the Task Force. The payments were done discreetly on Friday, January 21, with a senior official from the Ministry of Finance being present and have signed for them the same beneficiaries who were asked to walk with an ID…”

The leaked document sparked strong public debate over the rate of the honorariums paid to task force members. Minister Phipps expressed her dissatisfaction over the leaking of the document suggesting it was leaked in retaliation to the findings of an investigation into the operations of SCASPA and the UDC.