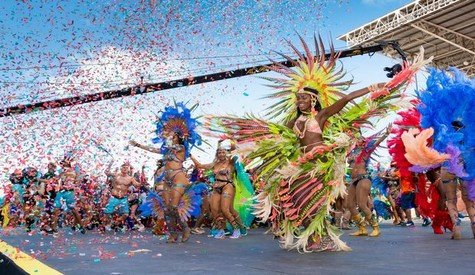 (Trinidad Guardian) There is now a possible lifeline for the thousands who depend and look forward to Trinidad and Tobago’s carnival, as Minister of Tourism, Culture and the Arts Randall Mitchell says he is weighing the possibility of staging it later than February of next year.

His comment came a day after Prime Minister Dr Keith Rowley announced that Carnival 2021 is not on due to the COVID-19 pandemic.

This sent shockwaves throughout the country, particularly among key stakeholders, some of whom called for the “Greatest show on earth” to be held virtually.

One of the voices adding to that call was Opposition Leader Kamla Persad-Bissessar.

However, in a WhatsApp exchange with Guardian Media yesterday, Mitchell said all was not yet lost.

“So yes, with the aim of generating economic activity, consideration will be given to having carnival celebrations later in the year. This would also assist in reviving and revitalising the creative sector and all the sectors that support this festival and its events,” Mitchell said.

He explained that the very nature of the Carnival as we know it generates a great amount of economic activity.