Minister Grant-“I have waited long enough. Either charge me or exonerate me.” 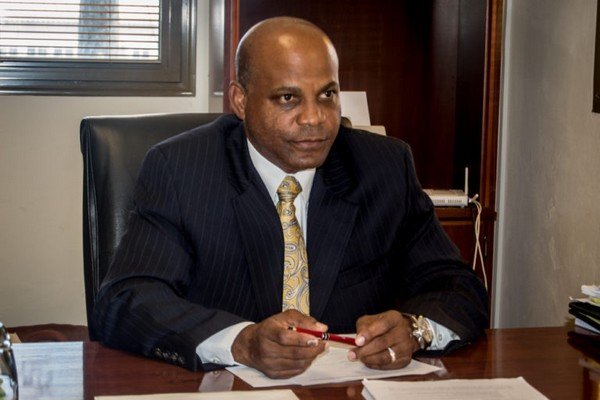 St. Kitts and Nevis (WINN): Minister of Tourism the Hon. Lindsay Grant is calling on the authorities to decide whether or not they will level criminal charges against him following a highly publicised verbal altercation between him and police officers two months ago.

Minister Grant, in a statement on WINN FM on Saturday morning (Mar. 05) said:

“I believe I have waited long enough. I am therefore calling on the authorities either to charge me and allow me to have my day in court or to exonerate me.

I am well aware of the political climate in which we find ourselves today and I am also mindful of the machiavellian efforts of a misguided few who for personal power and self-aggrandizement continue to destroy the fabric of unity that we all fought so hard to weave.”

Minister Grant said he believes that there are elements within the government at work to charge him. Minister Grant expressed frustration with the allegedly naming of Party leader Hon. Shawn Richards in official reports despite his absence during the altercation.

“My information has led me to the inescapable conclusion that elements within the same government in which I serve are hard at work to not only orchestrate charges against me but perhaps to achieve some narrow political gain by seeking to wrongfully implicate others.

According to initial reports, Police were called to an event at Last Lap Bar to investigate possible breaches of the COVID-19 regulations on gatherings.

Mobile phone footage filmed by the officers and the establishments’ security system captured a tense verbal exchange between Minister Grant and officers on duty.

The pictures were widely circulated and led to many calls from political opponents and some citizens for Minister Grant to resign from his government-appointed positions and be charged.

However, Minister Grant opposes the suggestions by opposition and remains adamant that his name will be cleared of wrongdoing.

“I wish to make it clear that I am confident that I committed no breach of the law and I and my many witnesses stand ready and willing to defend myself if and when any formal charges are leveled against me.”

“I accept that the exchange with the police officers during the incident was unfortunate. I also accept that I am to be held and quite properly so to a higher standard of behavior than others due to my position. I accept that my constituents and the people of my beloved country expect only the best behavior privately and publicly from their elected representatives”, Minister Grant said.

Minister Grant ended his statement by expressing his unwavering support of the local police.

“Our police and security forces have always had and will continue to have my fullest support.”