Minister of Education Endorses Establishment of the Autism Advisory Committee 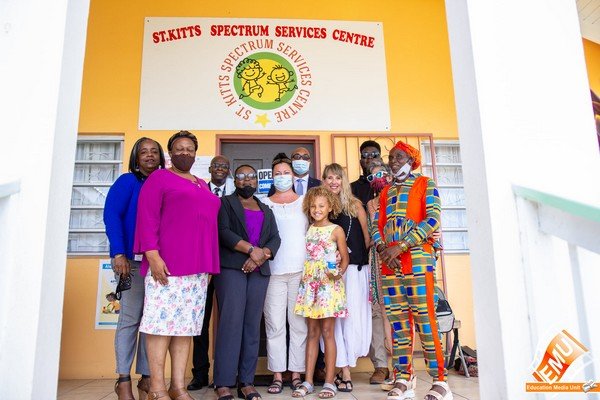 In his remarks, Minister of Education, Honourable Jonel Powell noted that the growth of Autism within the Federation of St. Kitts and Nevis, as elsewhere, is occurring rapidly.

“Research is showing that Autism is the fastest growing disorder globally. The Federation of St. Kitts and Nevis is no exception and we can attest to this. The Centre is proving to be successful in offering several vital services which include assessments for suspected cases of Autism Spectrum Disorder (ASD), providing Play Project therapy intervention to families of children who have been diagnosed with Autism,” he said.

Minister Powell further expressed on behalf of the Government and his Ministry their support to the development of the Centre.

“We want to assure you that the Ministry fully supports the work conducted at the Centre and is committed to following through on all its promises to bring additional services to all individuals with special needs inclusive of those diagnosed with Autism within the Federation. Providing this service is what we would say is a step in the right direction.” he said.

“They [Spectrum Services Centre] will aim to ensure that the needs and services necessary for our nation’s children are met and provided in order for them [children] to function in the world around them and become contributing citizens to the societies they exist in,” the minister continued.

Emphasising his support, Minister Powell stated “As a government minister representing the Ministry of Education, I endorse this committee and would endeavour to work along with them [Spectrum Services] in providing whatever is deemed necessary for the continued development offered by the Centre.”