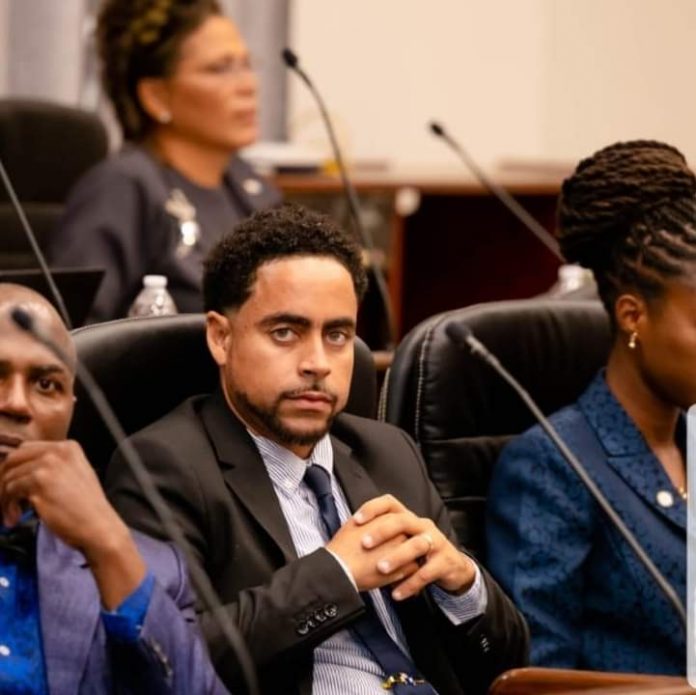 St Kitts and Nevis (WINN):  The island of Anguilla is set to face another By-election in 2022 following the resignation of the Hon Kyle Hodge, Minister of Economic Development, Commerce, Information Technology and Natural Resources. Kyle Hodge was elected to the Government of Anguilla in June 2020.

Hodge notified the country of his resignation through a letter copied to the Governor of Anguilla Her Excellency Dileeni Daniel- Selveratnam as well as media houses on the island. A source informed WINN FM  that  Hodge’s resignation is related to the implementation of the Goods and Services Tax, which he opposed.

Following several public consultations and debates in the National Assembly, the Goods and Services Tax Bill was passed on July 29 2021 and received the Governor’s assent the following day, bringing it into law. The Bill, however, did not pass without controversy and continues to be shrouded with controversy. One of the issues that generated much public debate is the fact that Hodge, as well as Minister of Social Development and Education, the Hon Dee-Ann Kentish Rogers openly opposed the implementation of the Goods and Services Tax, siding with members of the opposition. Some members of the Anguillian public felt that both ministers should have tendered their resignation instead of voting against the passage of the bill, whilst others suggested that the Premier should have fired them.

There was also extensive debate relating to whether or not the Constitution of Anguilla gives the right to two unelected ex-officio members to vote on the Bill. Some individuals have expressed that had those two individuals not been allowed to vote, the GST Bill would have never been passed.

In addition, a group known as “Concerned Citizens” in 2021 filed a petition against the new tax which received over 2,000 signatures from citizens in Anguilla and the diaspora. The group recently wrote a letter to the Premier of Anguilla Dr. Ellis Webster asking that the Government reconsider the application of the GST Act and its effect on the citizens of Anguilla.

According to the Government of Anguilla, the tax will come into effect on July 1 2022. It will replace several individual import and consumption taxes. The tax will be at a rate of 13 percent for businesses with a turnover of EC$300,000 or more. However basic consumer necessities, education and specific healthcare services will be exempted or zero rated.

The GST was birthed from an agreement between the Government of Great Britain and former Government of Anguilla, where a decision was made to reform the tax system to help to revive the island’s finances.