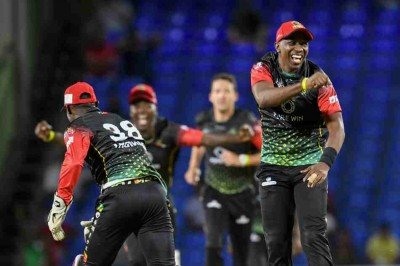 St. Kitts and Nevis (WINN): More than EC$2 million was gained during the first two weeks of the Caribbean Premier League (CPL) T20 tournament hosted in St. Kitts and Nevis, which ended mid-September. A local boost to the economy, according to Minister for Sport Jonel Powell during the September 30 sitting of the National Assembly.

“Within the first two weeks of hosting that cohort in excess of 500, locals would have directly been employed and been remunerated in excess of EC$2 million, well surpassing the investment made by this government. “

The minister also reported that St. Kitts and Nevis gained not only monetarily but in notoriety, as 500 million viewers from across the globe watched the games and said that this helped market the Federation as a sporting destination and a major tourism destination.

The exact details of the total gains are to be reported at a later date, but the minister emphasised that the gains were tremendous.

“Those gains brought tremendous financial and other benefits to the people of this country at a very difficult time as we battle this pandemic. An official audit is being done of the games, and a more detailed report will be brought, and I will report on the tremendous benefits that all people would have gained at a later date when that report is made available.”

In another pat on the back, Powell reiterated that health officials found no link between the games and the spread of COVID-19 on the islands.

WINN will provide more details on the total economic impact when the report is published.