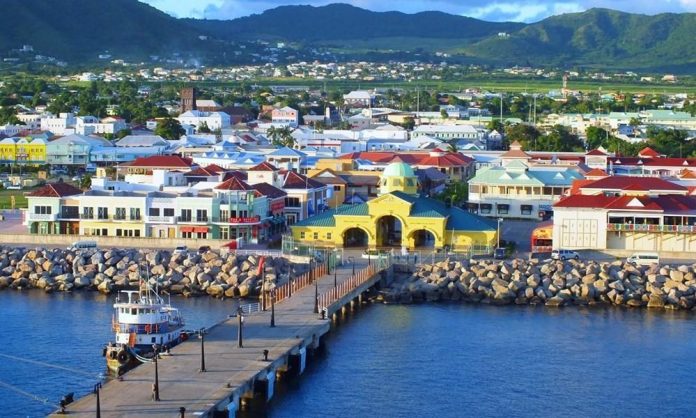 Ahead of the spread of the Omicron Variant globally, cruise tourism was looking up in the Federation. For the first quarter of 2022, the cruise calls were higher than they had been since the industry was shuttered. January alone was expecting some 77 cruise calls.

So far, 32 cruise calls to our island Federation have been cancelled for January because of protocols established before the restart of the cruise sector between the Ministry of Tourism and the Ministry of Health.

The main protocol affecting the cruise schedule – Ships with more than one percent of their capacity infected with COVID-19 would be rejected from entering.

“Because the Omicron variant is so transmissible and so many people are getting it, the numbers on the ships now are of course escalating, and so of these 32 ships that have been cancelled, a lot of them have been over the one percent, so we don’t allow them,” said the Hon Lindsay Grant during an interview with Azem Bailey and Jade Johnson on WINN’s Island Tea.

The Minister of Tourism also disclosed that some of the vessels would decide to cancel their call to St. Kitts and Nevis.

“Now part of the problem is that all of these have not come with over one percent. Sometimes this ship decides [that because St. Kitts is at one percent and our infection rate is 0.9, and we may have two more persons who get it to carry us over the threshold, we’re going to bypass St. Kitts and go somewhere else which has a higher threshold. Rather than two hours before they [are] coming, we tell them they can’t come. So they [took] their own business decision and [moved] the ship, and we understand that.”

In order to remain competitive in the industry, other Caribbean islands have raised their thresholds in response, according to Minister Grant. The Bahamas have a three percent threshold, Jamaica four percent, and Antigua and Barbuda have no threshold, so all ships are free to arrive.

The St. Christopher Air and Seaport Authority (SCASPA), which is under the purview of the Ministry of Tourism, has suffered losses because of the cancellations. In December, because of the eight cancellations, SCASPA lost US$130,750 and US$390,790 for January.

The Minister disclosed that the threshold might need to be raised for St. Kitts and Nevis to stay competitive. However, that is a decision the Cabinet and the Ministry of Health would have to consider.

“We are losing our ships to our competitors; that is really the bottom line. And so now we have to decide now as a country, St. Kitts and Nevis, whether or not we are prepared now to raise our threshold from one percent maybe to two and a half percent, two percent whatever it may be,” said Grant.

The loss does not end there; customer spending for St. Kitts is also down.

The Minister said they now have to go back to the drawing board to determine the way forward as they balance the health of the nation’s people and its economy.