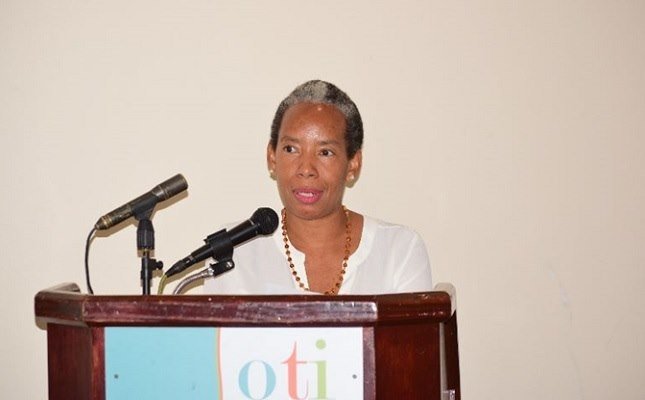 Basseterre, St. Kitts (SKNIS): During the celebrations for International Women’s Day 2022 earlier this week, the Ministry of Agriculture made a special effort to spotlight the contributions of women in St. Kitts and Nevis to the growth and development of the agriculture sector.

During a special ceremony hosted on March 08, the ministry awarded a number of hardworking women for their contributions to the sector.

Speaking during that ceremony, Director of the Department of Agriculture, Dr. Tracy Challenger said that the role women play has influenced every facet of socio-economic life within the Federation.

Dr. Challenger further noted that she has personally witnessed the elevation of women to the highest levels within the Department of Agriculture over the years.

“It is our collective effort that drives the gender parity and makes International Women’s Day impactful. This year’s celebration has been dubbed, ‘Advancing Women in Agriculture’, and [Tuesday’s] ceremony is a testament that we are doing just that. I just want to point to a few examples in history; when I joined the Department of Agriculture in 1999, I was the only female that attended senior management meetings. Today, we have outnumbered the men. We now have six women and five males at such a high-level meeting. So, we are see seeing more women entrepreneurs in agriculture and those that are already in the sector, like Ms. Debbie Gilbert, are forging the use of technology such as green house and aquaponics in the sector,” said Dr. Challenger.

The Ministry of Agriculture remains committed to enabling more and more female farmers to develop a wide range of skills needed to be successful in the sector. In furtherance of this goal, the ministry has formed a relationship with a number of women within the Federation to form the St. Kitts chapter of the Caribbean Network of Rural Women Producers (CANROP).

Women represent a crucial resource in agriculture and fisheries through their role as farmers, labourers and entrepreneurs. Special extension and advisory services will also form part of the ministry’s support to women and this support will enable women to understand the market and how it operates and it will enable them to know the needs of the market both in products, quality and volume.