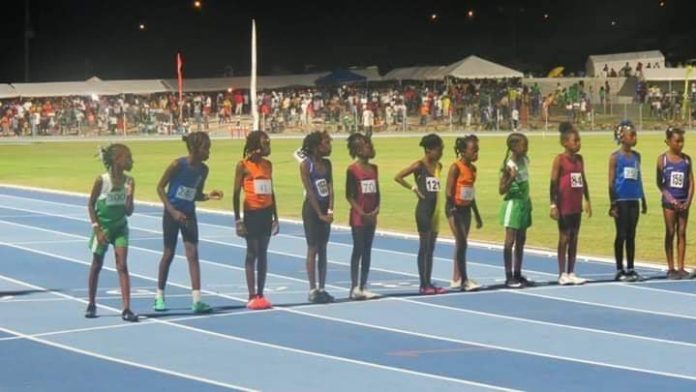 St Kitts and Nevis (WINN): Controversy surrounding the final tally of scores from the Gulf Insurance Inter Primary Schools Championship is expected to be cleared up on Wednesday, May 4.

Speaking to WINN FM on Tuesday morning May 3, Mr. Kevin Barrett, Permanent Secretary in the Ministry of Education- Nevis, confirmed that the final official scores for the Inter-primary Championship, amongst other things, will be announced in a Press Briefing slated for Wednesday, May 4 at 1:30 pm.

The Interprimary School Championship dubbed Mini Olympics was held on Wednesday, April 27 at the Mondo track in Nevis. The event as per usual was categorised in two zones; the A and B division. At the end of the meet, it was declared that the defending Champions, Charlestown Primary School won the A division, followed with a tie between the Joycelyn Liburd Primary School and the St Thomas’ Primary School for second place. In the B Division, The Maude Cross Preparatory School were declared Champions, while the Elizabeth Pemberton Primary School placed second.

On the day after the Interprimary Championship, a document purporting to be official scores from the meet began to circulate. Those scores, however, did not reflect the same results announced at the end of the event. According to a statement issued by the Ministry of Education on Friday, April 29 denied any affiliation with the circulating document, and shared that the scores were under review.

Controversy in relation to Inter-primary scores has been an issue for some time and continues to cause outrage. Some people suggested that the psychological effects on the athletes need to be taken into consideration. Others called on authorities to stop the counting of points, but instead judge the meet based on gold medal count; as per international standards, whilst a number of individuals called for the frequent announcement of scores throughout the meet. Other suggestions were made which included hosting the event over a two day period, with the opening ceremony and March Past hosted on day one of the championships.

Kurvin Wallace, first Nevisian Olympian and certified coach stated on social media, “The meet needs to be run over two days. We have 10 primary schools; have an elimination meet. I say this because children who came 2nd or 3rd at their respective sports were deprived. People can run [well] at one meet and at another meet they [may] run better. By running the meet over 2 days, [this] can give more children a chance to run.”