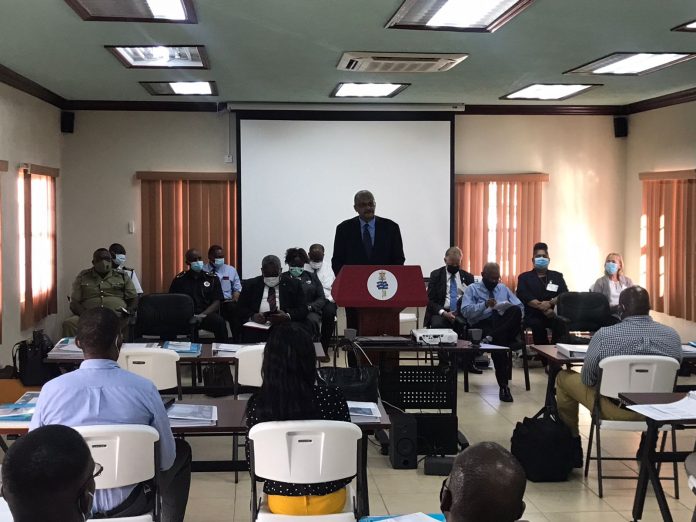 St. Kitts and Nevis (WINN) – The Ministry of National Security has commenced a training course for the initial build-out of capacity in intelligence gathering and analysis.

The course, the Foundation Intelligence Analysis Training (FIAT) Course, is a Government-sponsored training requirement involving 24 individuals from the Ministries of National Security, Health and Finance and will run from November 15 – 19, 2021 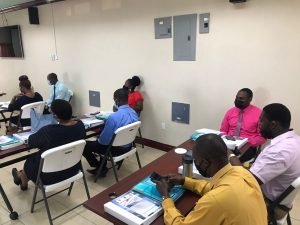 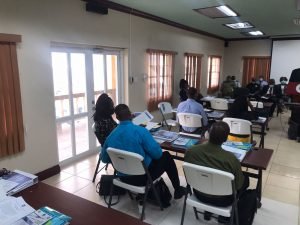 The course is being facilitated by the International Association of Law Enforcement Intelligence Analysts.

During the opening ceremony on November 15, the Guest Speaker, the Hon. Vincent Byron, Attorney General and acting National Security Minister emphasised the importance of the training and gave some context for the activity.

“It would have been about three years ago that there would have been the establishment of a national security infrastructure that was [proposed] in Jan 2018… This requirement spoke to the development of a national security strategy, organisational reviews of ministries, departments and agencies; further development and coordination of intelligence gathering and dissemination amongst other things, in order to enhance the safety, security and stability of the nation,” said the Attorney General.

“It would have been in August of 2020 that the Cabinet would have approved the national security strategy, which is the government’s efforts to create an effective national security architecture capable of addressing all threats, known and projected [that could] impact the federation. And so this general plan, this strategy, these sort of goals and objectives is something that has been in the works for a number of years until we’ve got this point where we are now starting to do our training.”

What are some of the threats the ministry is hoping to address with this investment in national security?

“We’re talking about drug trafficking, corruption, money laundering on one side, the criminal side. We’re talking about climate change; we’re talking about disasters which we are accustomed to over time, natural disasters, hurricanes, that sort of thing. Food and water ]securities] are part and parcel of the whole thesaurus of threats that could impact us. So anything that you would read for argument’s sake or hear about in the media as a threat to a particular nation is also very much a threat to us here in the Federation,” said National Security Advisor, Major General Stewart Saunders.

Major General Saunders spoke of what was next after the conclusion of the training.

“Well, after this particular program, what we hope is to have the system, the architecture, far more integrated than it was before; In other words having people talk to one another. There has to be that inter-relationship and that sharing of information so that we are better able to deal with what confronts us.”

Also, at the opening of the five-day training course, the Commissioner of Police Hilroy Brandy, Permanent Secretary in the Ministry of National Security Osmond Petty, the Comptroller of Customs Jomo Butler, and other representatives from the various agencies within National Security.