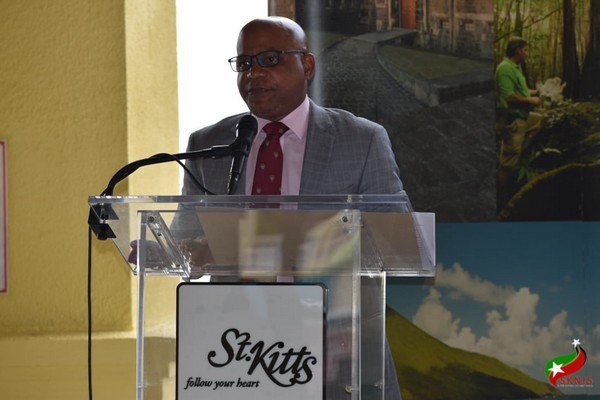 St. Kitts and Nevis (WINN): One month into Russia’s invasions in Ukraine, the world has seen a significant displacement of Ukrainians, sanctions, inflations, rising fuel crises, and more stacked on the still ongoing COVID-19 situation.

The expectation of the hike in prices on goods all-around has been spoken of by various officials, especially on the rise in fuels as Europe depends on Russia for about 40 percent of its natural gas.

“The world has changed since 2019. Global Partners are struggling amidst political conflicts in the east, causing increases in inflation and, as we have all noticed, fuel prices through the roof,” said the Hon Lindsay Grant, Minister of Tourism Transport and Ports, during a press conference on March 24.

Most recently, the United States and the European Union signed a significant deal on liquified natural gas to reduce Europe’s reliance on Russian energy, according to BBC.

By the end of the year, the US will provide the EU with equivalent to around 10 percent of the gas it currently gets from Russia.

In the US, drivers could pay over US$5 and even US$6 a gallon for unleaded in the peak summer driving season.

With the current economic situation in mind, Minister Grant announced several opportunities for stakeholders in the sector.

The first is a gas subsidy for travel approved taxi operators who have not already applied can do so at the Ministry of Finance. The Subsidy is for three months, with approved operators getting EC$400 a month.

The Ministry of Tourism will also be engaged in a new marketing effort for the destination in the form of a brand and content shoot, and according to Minister Grant, it is another opportunity for locals in the creative industry.

“The exercise offers to look to nationals and residents an opportunity to shadow the professionals. The team at the St. Kitts Tourism Authority, we are seeking to engage one videographer, one photographer, one drone operator, and one stylist to work with a team that will come in from the United States. Successful candidates will be offered accommodation, meals, and a daily stipend.”

The minister called the exercise an excellent opportunity for professional development. Interested individuals are asked to contact Jonette Boyd at the St. Kitts Tourism Authority (SKTA)for further details. The deadline for submission of applications is March 30.

From April 25-29, the SKTA will attend Sea Trade Cruise Global in Miami and have an exhibit showcasing the destination. This year, local stakeholders interested in attending and engaging with cruise lines and other industry stakeholders can attend and be a part of the exhibition at a reduced cost to them.

“The St. Kitts Tourism Authority will cover the entire cost of the booth at the convention centre. Anyone attending will only have to cover the airfare, accommodations and their meals.”

The point person is Goldha Franks, the Product Development Manager in the SKTA.

The Minister also shared the Ministry’s and Authority’s plan to forge deeper relationships through consultations with local stakeholders in the coming months to help in marketing and improving the destination’s image.

The first round of discussions will include hoteliers, Taxi Association Presidents, Taxi/Tour operators, and vendors.