Ministry of Transport In Discussion With Bus Drivers 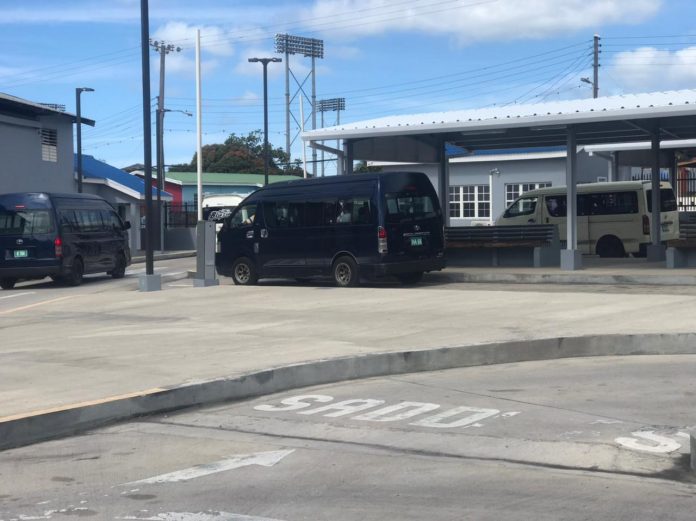 St. Kitts and Nevis (WINN): The Cabinet recently met members of the East Side Bus Association to discuss their concerns about the bus terminal and the conduct of other bus drivers. So what happens next?

Deputy Prime Minister Shawn Richards, during the March 23 press conference hosted by Prime Minister Dr. Timothy Harris, spoke about the issues raised by bus drivers and what’s being done to address them.

“Amongst the concerns, for example, they indicated that there are some bus drivers who are not using the terminal but instead picking up and dropping off persons along the route going to the West Basseterre bus terminal or other places in Basseterre. They said that that is affecting their ability to make a living, while others are doing it they are not doing it. They, to some extent, said that the police have not been doing a good job in terms of policing what they refer to as rouge bus drivers, they felt that more tickets should be given to those particular individuals to discourage them from breaking the law because indeed, there is a prescribed bus route.”

He mentioned that another concern raised about bus certification would require a look at existing legislation.

Discussions on other issues are continuing with Bus Associations and the Ministry of Transport, Minister Richards disclosed.

“There was a meeting on Friday of last week [March 19] with the PS for Transport Mrs. Carlene Henry Morton along with members of the association and I think you had a representative of the police to discuss some of those other concerns. Minister Grant himself had a meeting yesterday morning [Monday, March 22] with some of the bus drivers who have been accused of not following the bus route, so as to bring some level of satisfaction to that particular concern and to ensure that all of the buses more or less [operate] on an equal playfield,” concluded Richards.