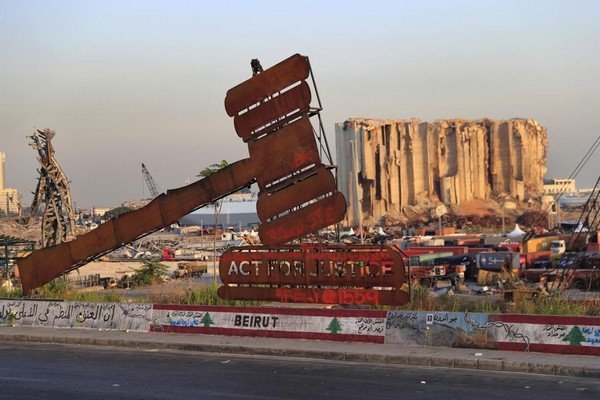 BEIRUT (AP) — Banks, businesses and government offices were shuttered as Lebanon on Wednesday marked one year since the horrific explosion at the port of Beirut with a national day of mourning.

The grim anniversary comes amid an unprecedented economic and financial meltdown, and a political stalemate that has kept the country without a functioning government for a full year. United in grief and anger, families of the victims and other Lebanese were planning prayers and protests later in the day.

The explosion killed at least 214 people, according to official records, and injured thousands.

It was one of the largest non-nuclear explosions in history — the result of hundreds of tons of ammonium nitrate igniting after a fire broke out. The explosion tore through the city with such force, it caused a tremor across the entire country that was heard and felt as far away as the Mediterranean island of Cyprus, more than 200 kilometers (180 miles) away.